This book would be the output if you mixed two favourite podcasts of mine – The Moral Maze and Freakonomics Radio.

It is an observation of all the subtle ways our society has evolved from a market economy to a market society. A subtle behavioural analysis of how market-driven forces have made morally questionable choices acceptable.

Some of the issues described in the book include Viatical industry, attempts to pay citizens for previously freely executed civil duties, the impact of incentives on correcting duties and the moral impact of the impact of fast-tracking on queues.

The importance of markets in allocating resources cannot be diminished, but the adverse effect of markets crowding out morals is the crux of this book. Good, readable book with valid observations that remind us that the answer is often I the middle and not in any of the two popular extremes.

* No beer here. This read was either close to Lent or during lent itself. When I went easy on not just the beer, but I also avoided Glover Court like a plague during this period.? 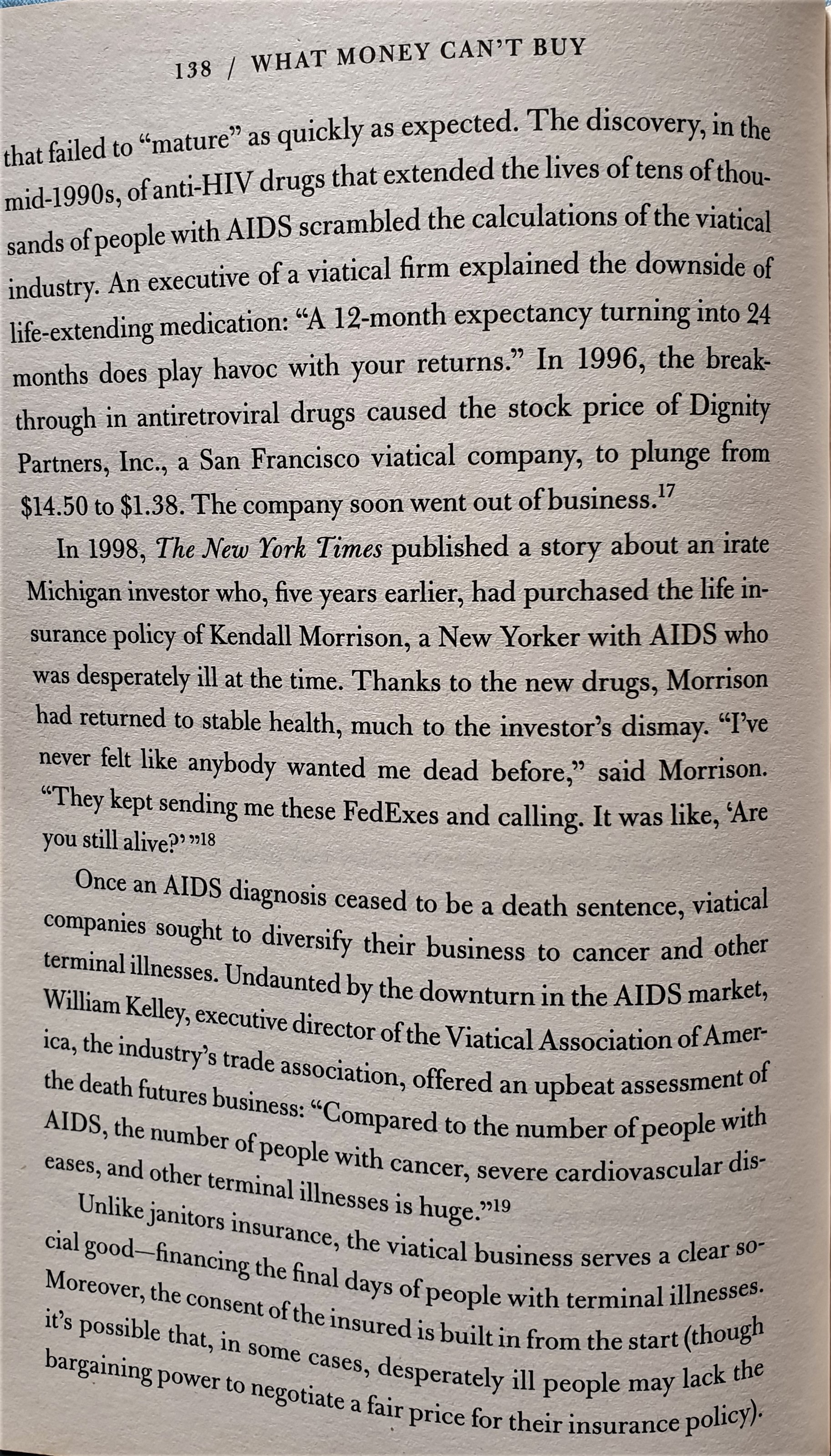