The Randomness of my reading list throws up a trend every now and again. This year, my reading list contained a bunch of exciting memoirs. How Can Man Die Better is at the top of the pile. The relevance of the subject and the expertise of the writer are wings on which this book soars.
Robert Mangaliso Sobukwe was and still is a colossus. No one individual embodied the struggle against the evil of apartheid any better than him. What stood him out was not just the integrity, poise and rigorous intellect with which he stood against apartheid but the gracefulness with which he did it.
Benjamin Pogrund is an ironic choice as the writer of this biography. The flippant summary of Sobukwe’s struggle against apartheid was that his Pan-African views made no room for non-native Africans in the fight against apartheid. He was even accused of anti-whiteness. Yet, Benjamin Pogrund, a Jew by ancestry was not only his closest confidant but his benefactor who mobilised resources of all kind to sustain both Robert Sobukwe and his nuclear family throughout his lifetime of imprisonment.
When the Africanist PAC broke out of the ANC at the end of 1958, the crux of the disagreement was centred around relations with persons of other colours and organisations that were not wholly black in composition. The political thinking of the ANC had developed in the 1950s’ to accept and embrace multi-racialism. PAC was unwilling to accept this. This outlook of the PAC exposes the irony of Sobukwe and Pogrund’s deep friendship.
Throughout the book and in his life, Robert Sobukwe strove to prove that he had no racial bone in him nor did he harbour any bitterness towards whites (not even towards the apartheid perpetrators who imprisoned him endlessly), as justified as such bitterness would have been yet his defence of the racial stand of PAC was and still is unconvincing.
PAC fizzled out after Sobukwe’s incarceration. It was impossible for his charm, sense of purpose and leadership to be replicated. This demise of PAC is the major reason why most of Sobukwe’s intellectual contribution to the struggle is mostly ignored. The ANC remained the dominant political umbrella during and after the fight against apartheid and they have driven the dominant narrative. This narrative has made saints of ANC leaders and consigned struggle giants like Sobukwe to mere footnotes in the history of the struggle.
With hindsight, one can’t but wonder how the struggle against apartheid would have panned out without the Sobukwe Clause. This was an arbitrary clause passed in parliament which enabled the apartheid government to legislate its paranoia and in the process keep Robert Sobukwe perpetually detained long after the expiration of his prison term. A “free” Sobukwe was considered too dangerous to the racist apartheid government, hence the open-ended clause. Out of prison and without a house arrest, he would have been able to sustain the PAC and tweak its ideology then probably provide some balance to the ANC, particularly after 1994.
Outside his politics, How Can Man Die Better explores Robert Sobukwe the man. His friendship with the author was exemplary. Genuine affection, empathy and sincerity are displayed. A friendship that was nurtured on mutual respect and the more able party kept no record of his benevolence to the other (for the sake of settling scores) but kept giving and giving until death parted them. The book also shows a Sobukwe who is a voracious reader, a perpetual seeker of knowledge and personal development and was never afraid of changing his mind and views once confronted with new information. The stoic manner he faced the incessant evil and racist incarceration is touching especially as he went through it without bitterness nor watering down his vision for a non-racial South Africa.
While not easily compartmentalized, Robert Sobukwe the man is what makes Robert Sobukwe the struggle stalwart stand out even among his peers. While his struggle credentials are most relevant in the South African society, his humanity is relevant to all humans and proof that light can remain unbowed in the face of evil. He may be long dead but his stoic resolve against evil still resonates. 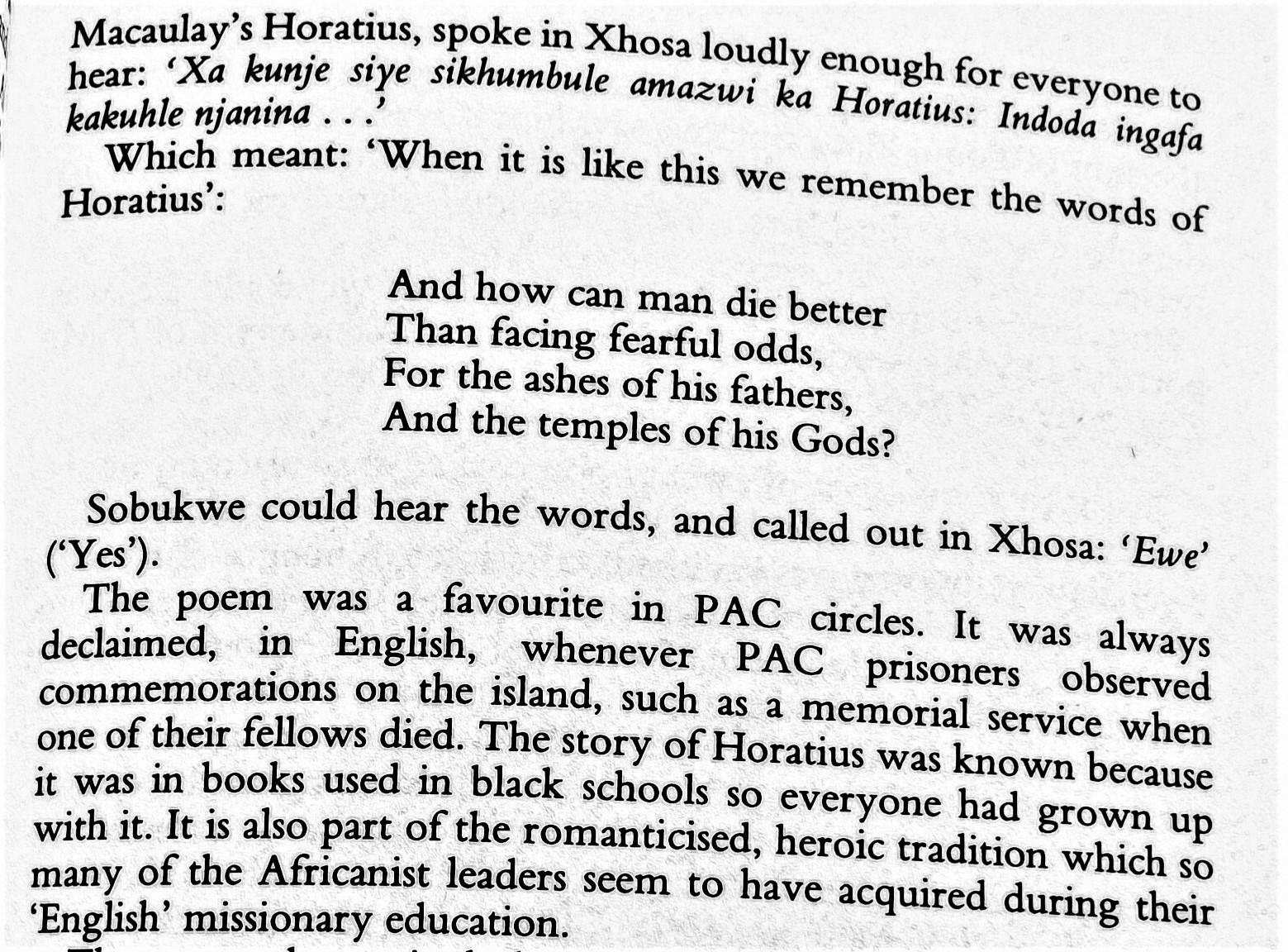 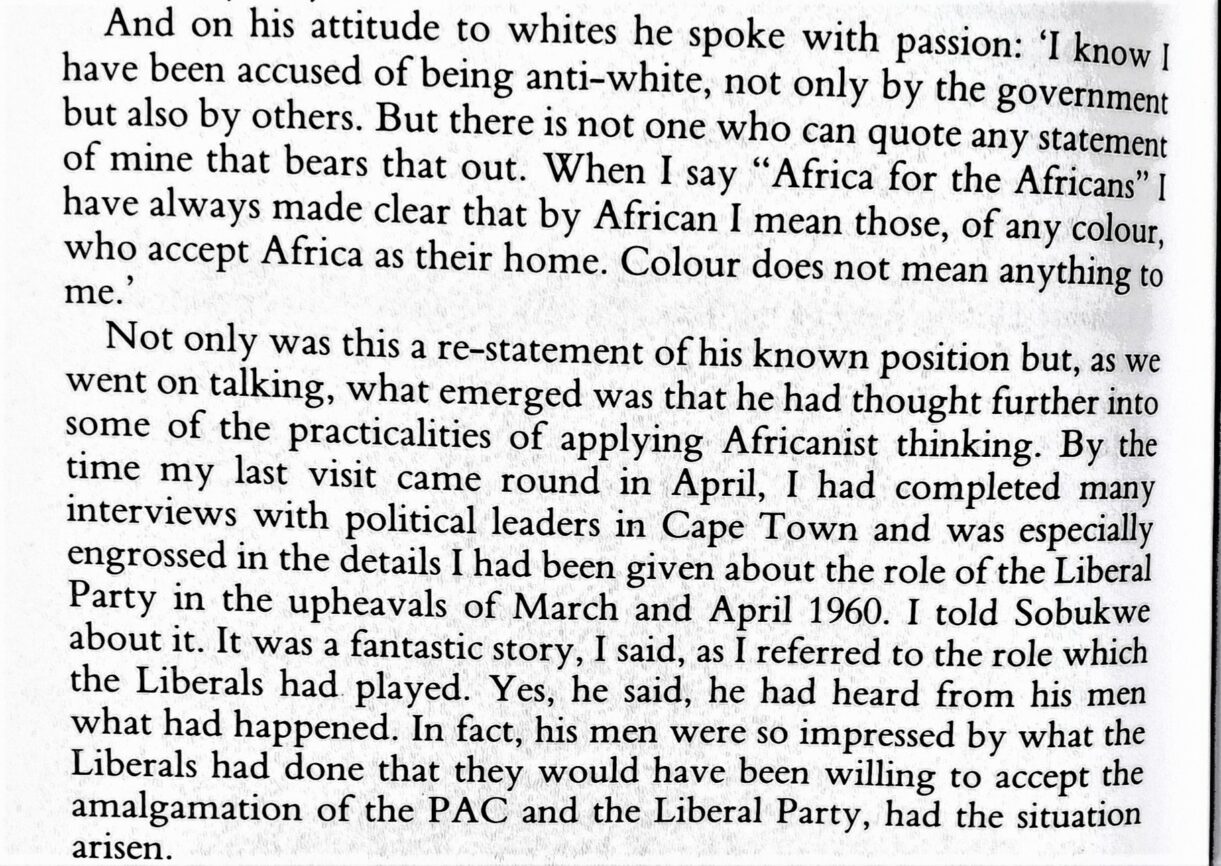 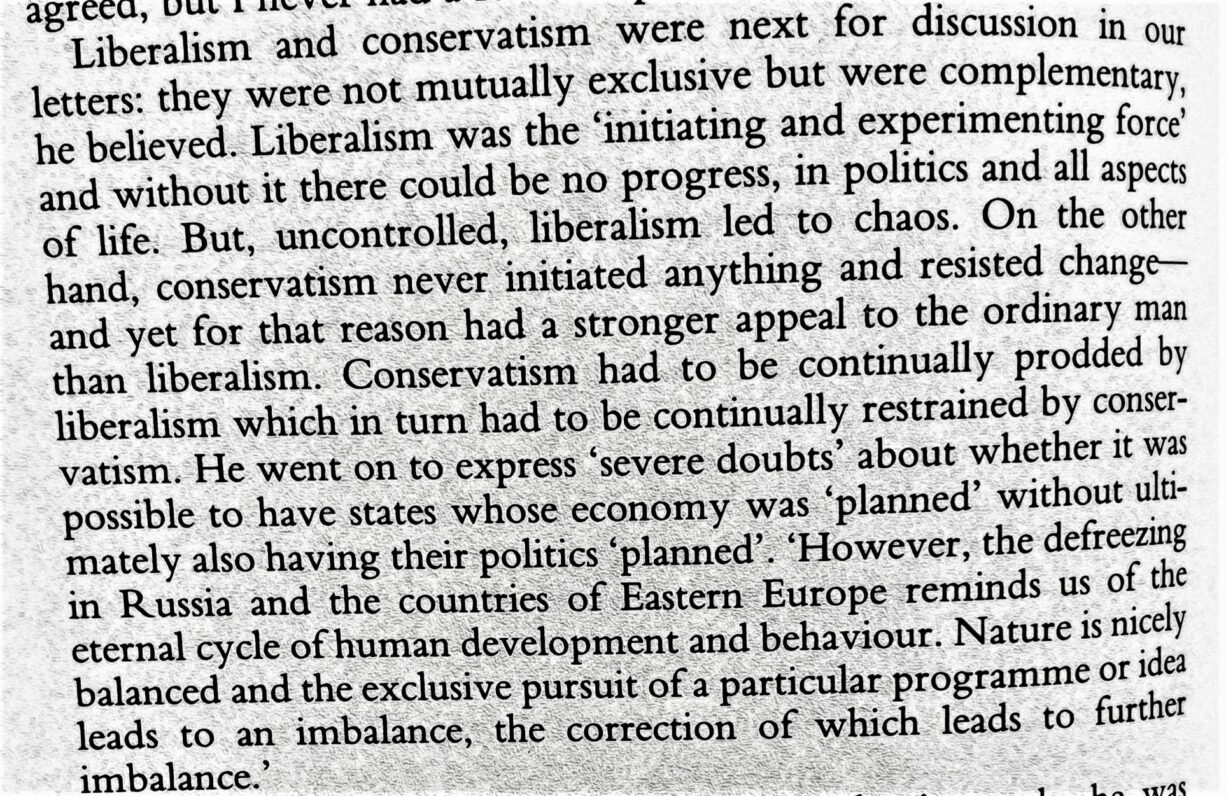 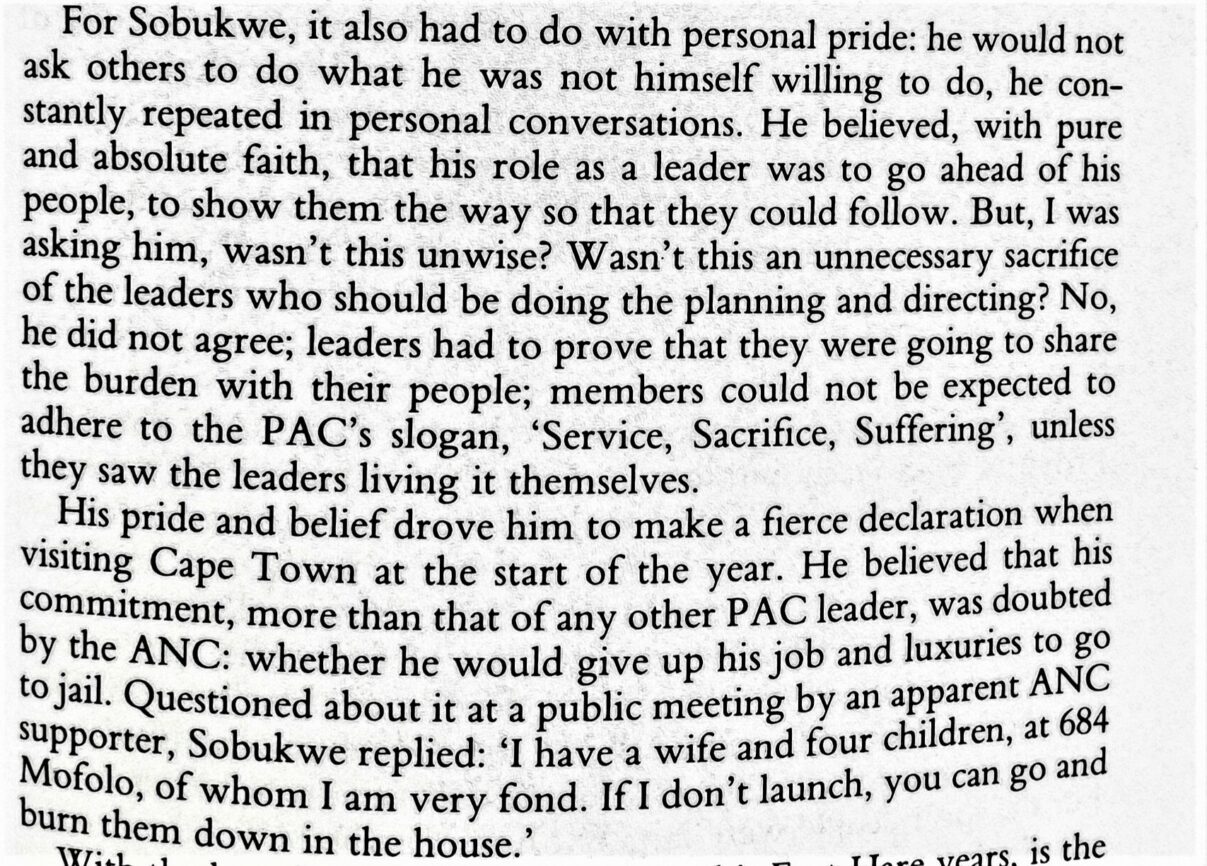 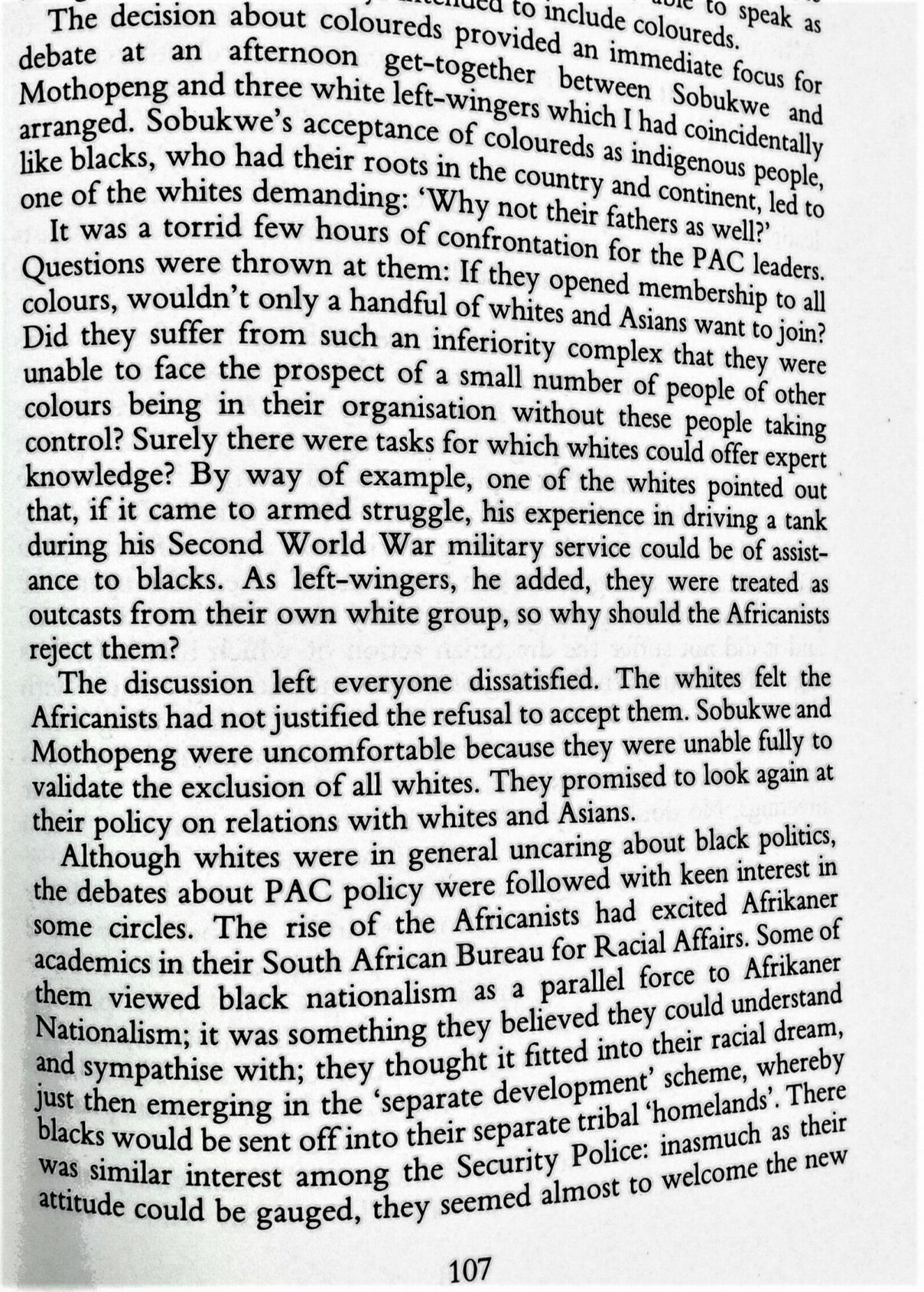 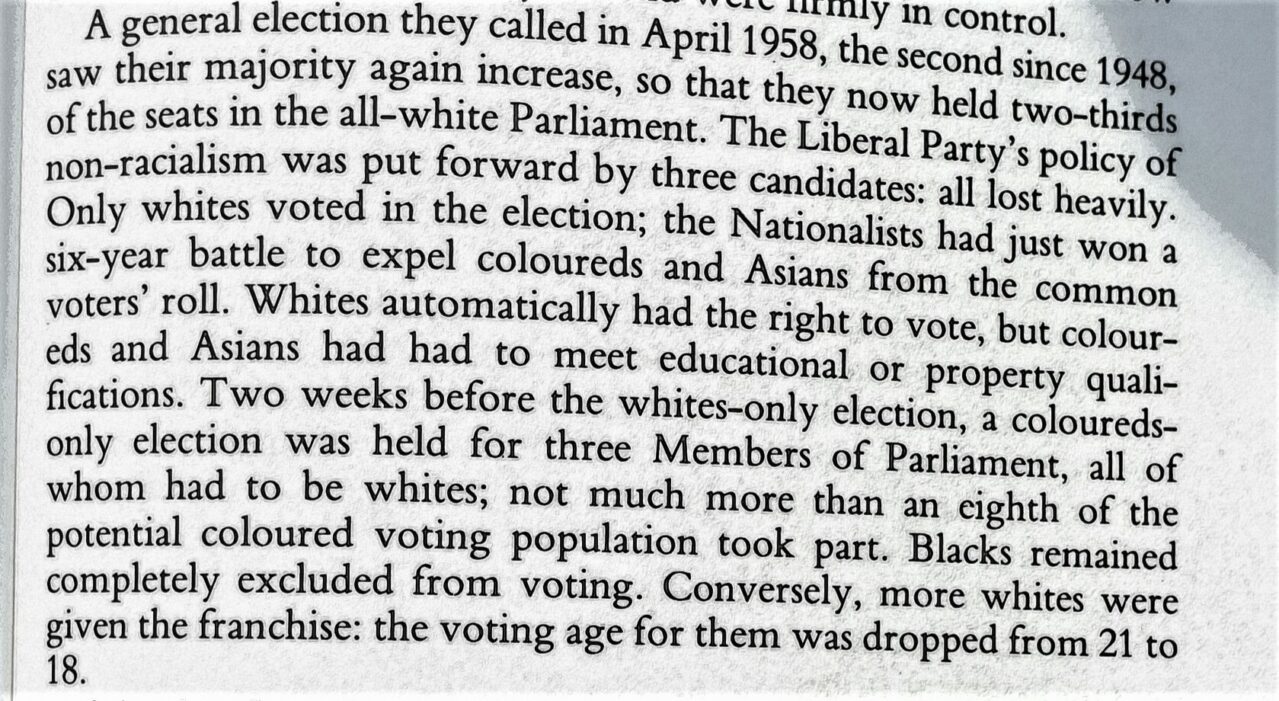