There are critics who say that irrespective of her highly impressive writing skills, that Buchi Emecheta’s works are thinly disguised polemics of pain and suffering of females. The validity of this argument is not relevant as long as the issues raised in her books are real, relevant and even prevalent in our world. The Family is a typical Buch Emecheta work and the protagonist is pummelled by the pains and evils of life for no other reason but simply for being a female.

Gwendolen is born into poverty. A background that forces her Jamaican parents to migrate to England in search of greener pastures, leaving her with her grandmother, Naomi. Just before her ninth birthday, Gwendolen is sexually violated repeatedly by an uncle. Sadly, while the adults around her condemn and ostracise the abuser, in the same measure they accuse the victim of inviting the abuse by her suggestive manners. it is almost unbelievable comprehending how a nine-year-old triggers a paedophile. but such warped logic is not far fetched in the real world.

It is bad enough that for Gwen (Gwendolen) that she tries to make sense of a world where she attracts sexual violation at the age of nine, she then migrates to England to join her parents and three younger siblings. A migration that is meant to open up endless possibilities for Gwen becomes a nightmare. The life of Africans in the diaspora is a literary niche that Ms Emecheta perfected and in The Family, she expertly holds up a mirror to the endless cycle of pursuit and consumption that seems typical of working-class Africans (and Carribeans) in the diaspora. A lack of education makes Sonia and Winston (Gwen’s parents) docile and undemanding of the system. They accept every mediocre output that the system throws at their children and themselves. All they seem focused on are earning and acquiring more while being unassertive lest their inadequacies are exposed and their thin veneer of confidence be uncovered. They are emotionally unavailable for their children and do not even notice that Gwen was struggling to fit in at school and they were also unaware when she dropped out of school completely.

The familial disintegration goes full cycle when Winston commits incest against his daughter, Gwen and gets her pregnant in the process. Until he died, the incest was still unknown to his wife, Sonia. Having been let down by everyone she looked up to, Gwen is left to take her destiny in her own hands and attempt to rise above the pain that life had dealt her. This is a painfully engrossing tale that is a reminder of the vulnerability of the female child. 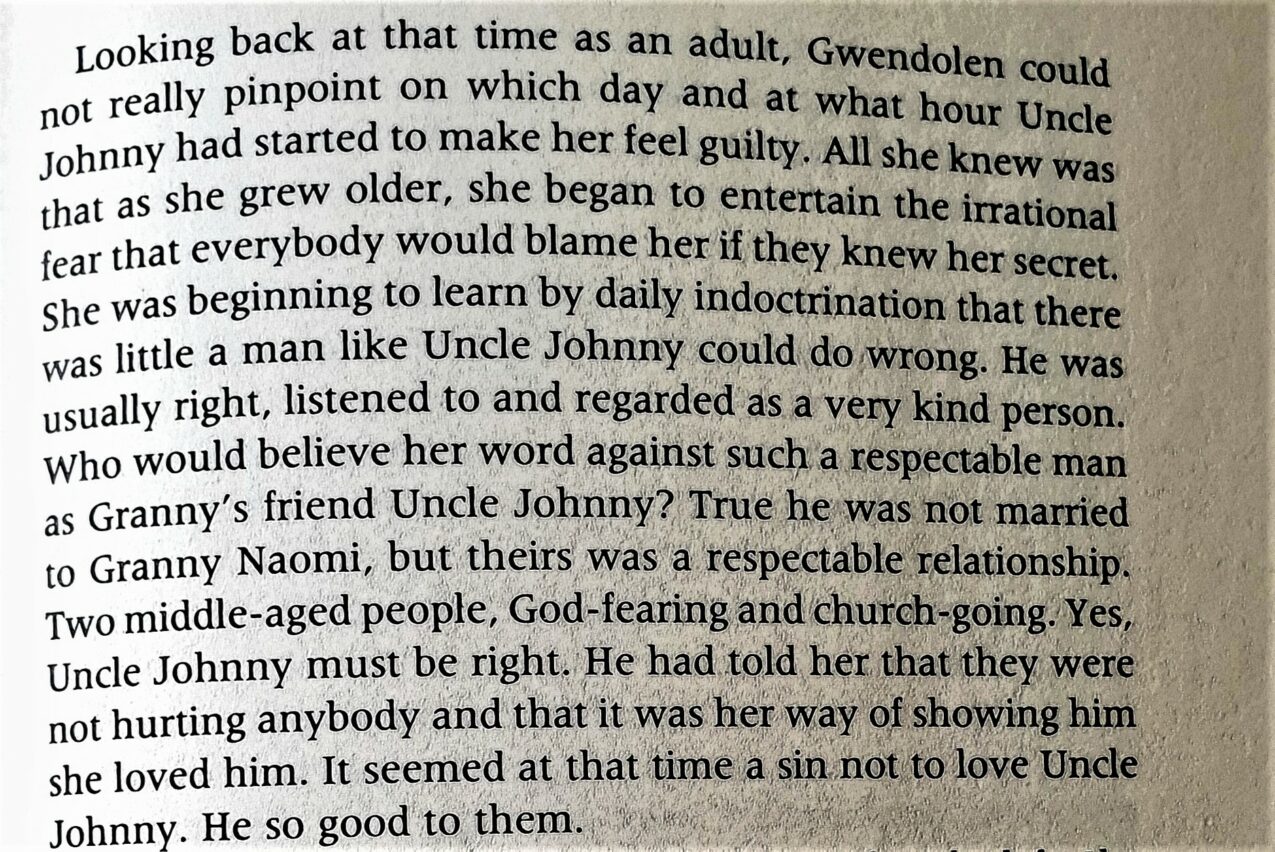 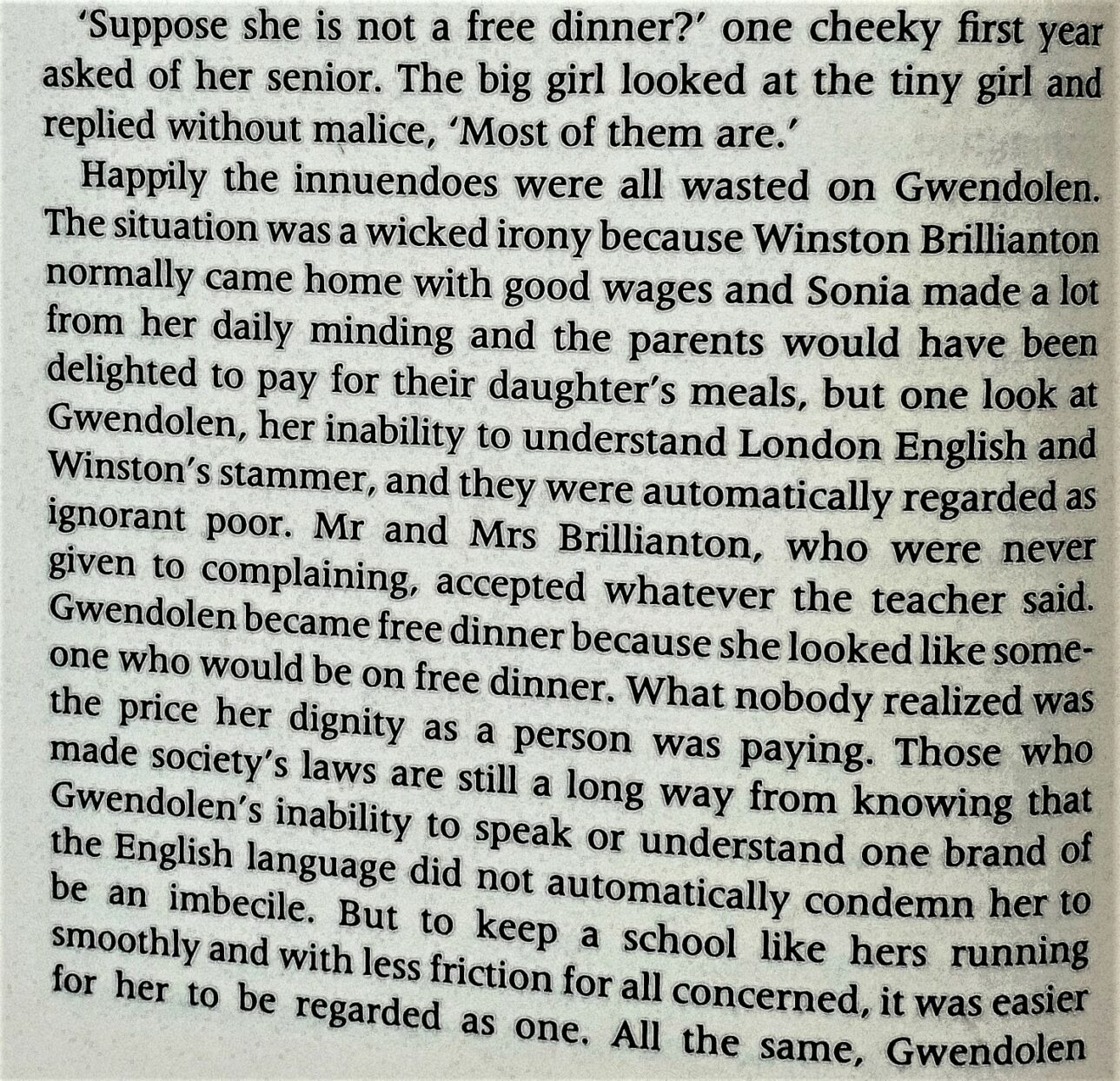 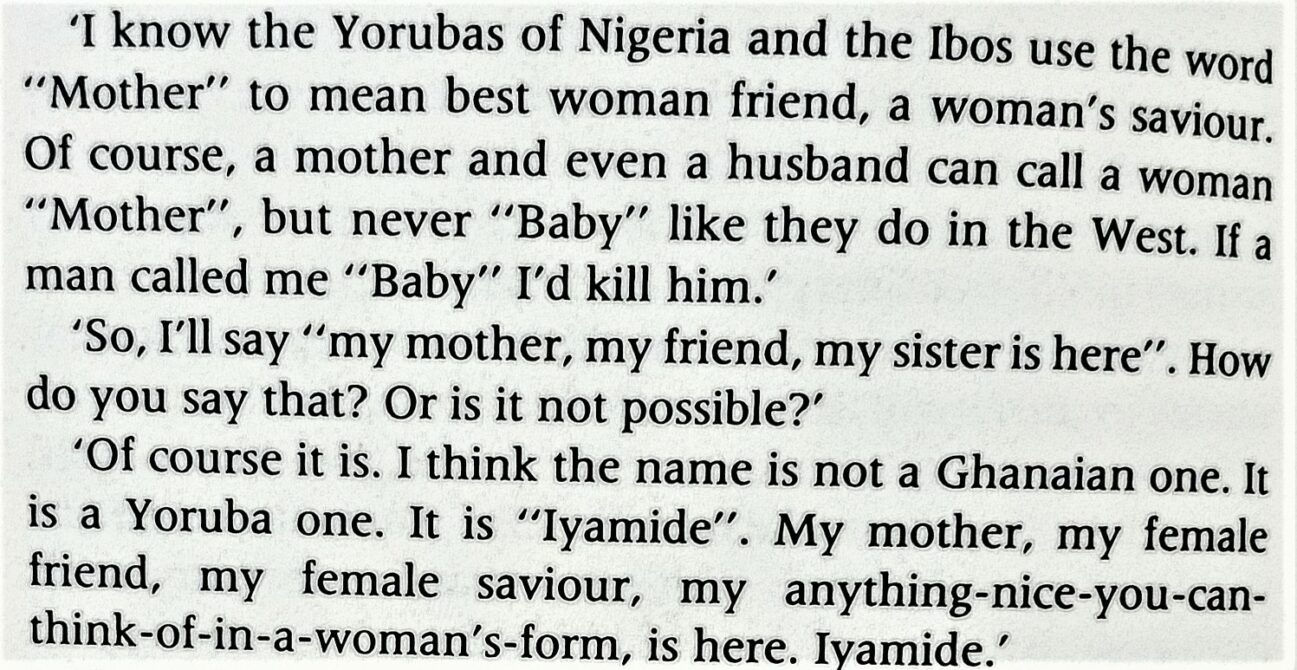