Alan Mabanckou has made a name for himself for his quirky but exceptional novels and Black Bazaar is no exception. On the surface, it is a dizzying combo of humour and linguistic effervescence that amounts to little more than the ramblings of a fashion-crazed Congolese migrant who is obsessed with female backsides and spends most of his time at Jips, the Afro-Cuban bar in Les Halles. When he is not drinking at Jips, he is struggling to ignore his racist neighbour called Mr Hippocratic who niggles him at every turn.

Scratch the surface and you find that a whole lot is happening in this book, as the ramblings have very coherent themes that give a cause for consideration. The protagonist who is called Buttologist by all for his obsessive devotion to the female backside. Buttologist’s ramblings are very coherent observations about migrant life in France. It examines how African migrants cope in France, although the issues they face and confront are not peculiar to France alone and could apply to any of the western countries. It also explores how these migrants form communities, disperse over arguments and disagreements of all sorts and how they make their homelands close even when it is far away. In Buttologist’s dealings with Mr Hypocratic, the hostility that migrants face in their host countries is laid bare as racist hosts (and even non-nationals like Mr Hypocratic) accuse migrants of every imaginable economic sabotage and being responsible for every bulge in social security spending. The “merits” and demerits of colonialism are the subject of the exchanges between the two neighbours. While Buttologist rightly derides Colonialism for the evil that it is, he does not give African leaders a free pass. This is clearly evident in his views about Original Colour and Gwendoline’s fathers. Buttologist is not impressed by African leaders who have impoverished their people while amassing wealth and living large overseas.

After his relationship with Original Colour broke down and she eloped to Congo with Hybrid, Buttologist decides to become a writer and finds solace in his typewriter which he uses to pen his thoughts and observations. This also means that Black Bazaar is about writers and writing. Hence, it is packed with references to Francophone and Anglophone books, authors and films as well as celebrating Francophone pop culture. This interesting read is a cultural catalogue of sorts. The attendant humour is sharp and relevant. The meeting between Buttologist and Rose is the height of it as it leaves the reader with a belly full of good laughter. 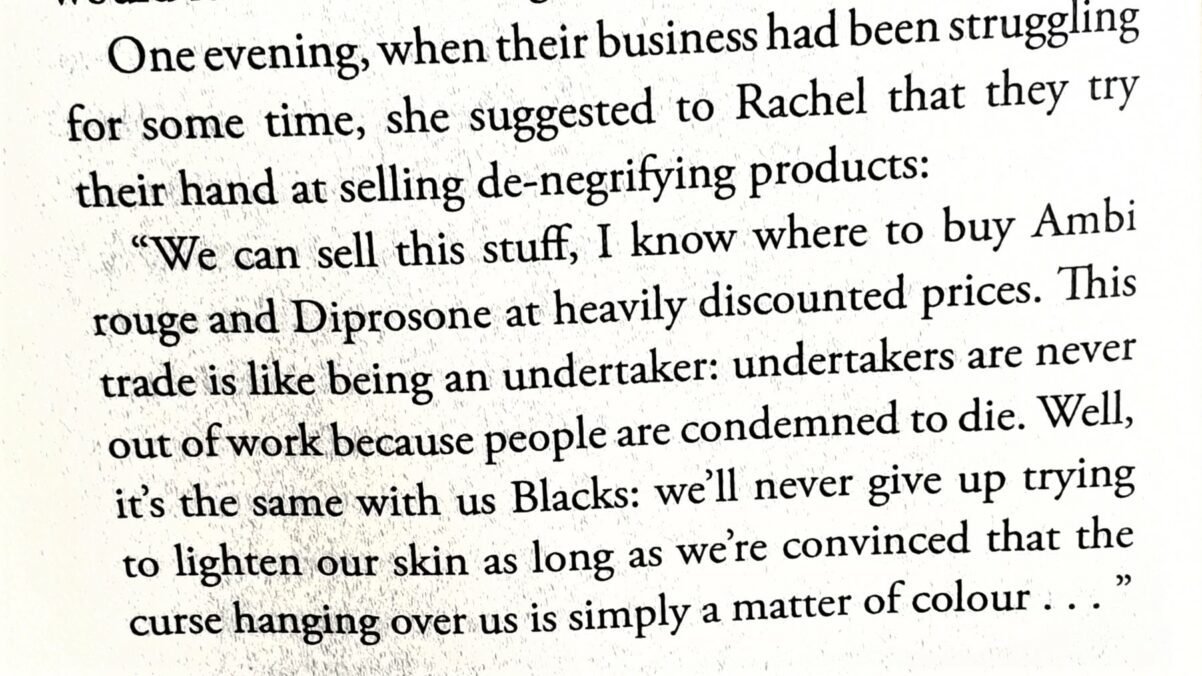 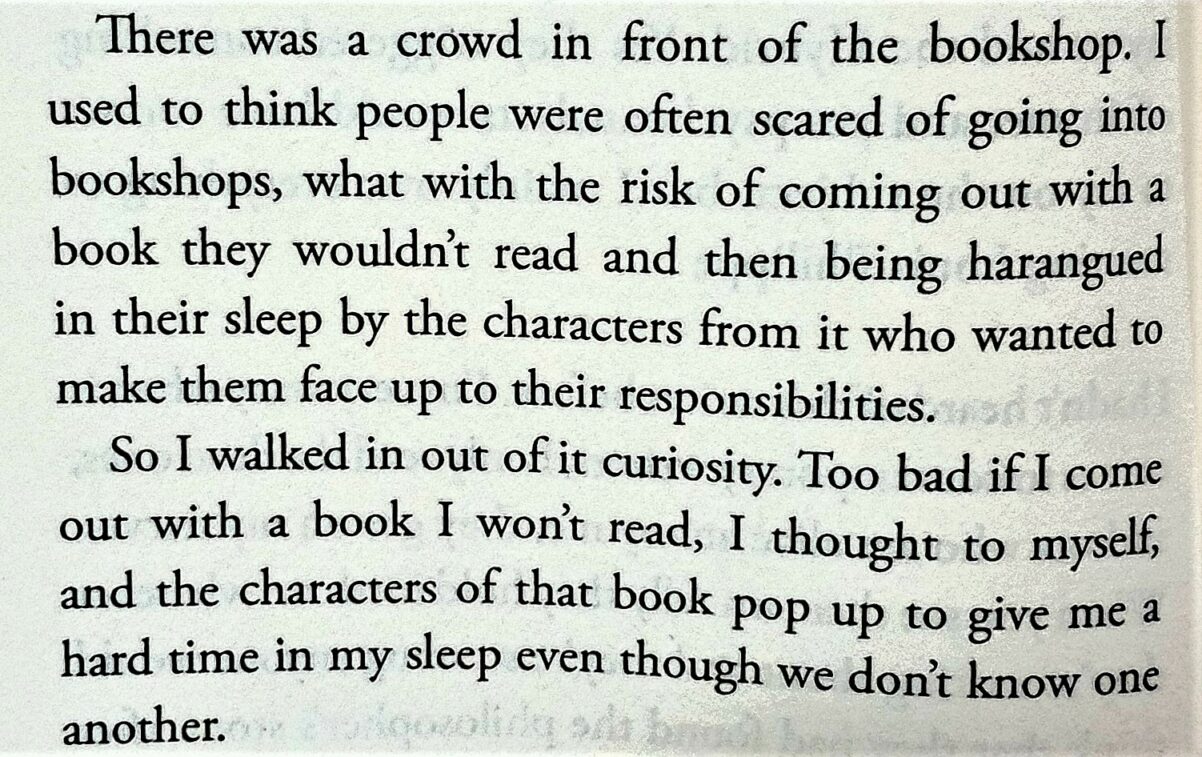