It was not always like this. A world where a device (phone, tablet or laptop) could hold a thousand songs effortlessly and even stream millions more at the click of a button is a recent novelty. This novelty is what is chronicled in this exquisitely written work of non-fiction. How Music Got Free is an excellent book that weaves through sound compression technology, the music industry economics and the history and dynamics of online MP3 file sharing.

This chronicle is shaped by three main characters. Pivotal figures that shaped the present times of our music consumption; Doug Morris, Karlheinz Brandenburg and Dell Glover. Doug Morris is arguable the most powerful music executive that the industry had ever seen. He has run basically every top music recording company. He was at the forefront of the recording industry during the boom and the burst of the physical record sales. Doug Morris was at the top when music piracy began to eat into the enormous revenue of the music industry and what he did or didn’t do is pivotal in the chronicles of how the music went digital and got free. He might have adapted too late and played a critical role in the Recording Industry Association of America (RIIA)’ s policies such as tightening and enforcing copyrights and suing consumers for unauthorized downloads. But he did play a part in the disruption by being the founder of Vevo.

Another critical character in this well-told multi-tale is Karlheinz Brandenburg, the German academic who invented the MP3 technology. The usual path of persistence that trails the journey of most scientific inventions is not missing here as he and his team repeatedly failed to bring MP3 to life. Failed by the MPEG standards organisation which pitted it with MP2 and chose the latter despite its inferiority, it also lacked funds to continue development after the adoption was failing. Ironically, the success of MP3 was guaranteed only after Karlheinz Brandenburg and his team posted the software online for free and yet this success that made him rich depended largely on users violating intellectual property rights, something he detested as a patent holder himself.

The illegality of music sharing (not excluding movie torrenting and sharing of illegal e-books) is never in doubt irrespective of what digital pirates say and this much is made clear in How Music Got Free. The book reiterates that fact enough times without sounding like a moral crusade tale. This point is critical it allows the story of Dell Glover to emerge devoid of a judgemental tone. Without supporting his illegal acts, the book delves into his incredible role in freeing music from its physical commodification to a resource that has become invisible, ubiquitous and its storage is almost endless. His only qualification for changing the face of music forever was that he had a job in Universal Music’s CD pressing plant in Noth Carolina. Secondly, he was a member of a file-sharing group called RNS. A combination of these two meant that he was able to steal over 2000 pre-released albums and was the single greatest contributor to the 20,000 albums that RNS pirated in their file-sharing group, mostly pre-released albums. The RNS and similar groups were the sources of the nightmare that the music industry and Doug Morris faced as young people suddenly stopped paying for music and started sharing it for free of charge, most times even before the albums hit the shelves. The greatest enabler of this disruption was the MP3 technology (followed closely by the growth of internet bandwidth around the world).

The likes of iTunes, Spotify and Deezer may have found a way to monetize and legalise digital music sharing but Karlheinz Brandenburg, Doug Morris and Dell Glover walked so that these apps could run. How Music Got Free is a very well written multi-tale of how that walk was done. The book is filled with very relevant anecdotes, weaves a detailed history of different characters in chapters and you see it all come together seamlessly in the end. Almost every chapter ends with a cliff hanger that sets the heart pulsating as you rush into the next chapter. This is a well-written work of non-fiction that that has an unobtrusive message at its core; He who is stealing should steal no more!  Well recommended. 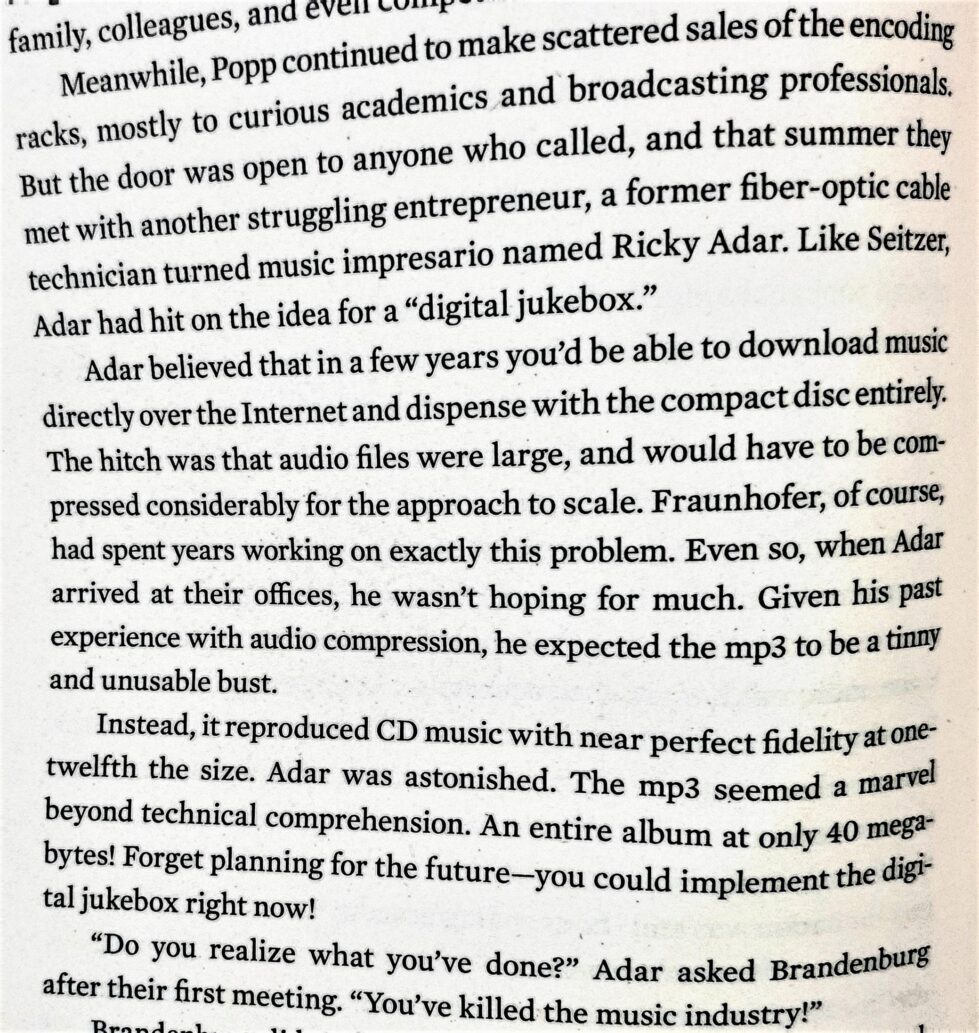 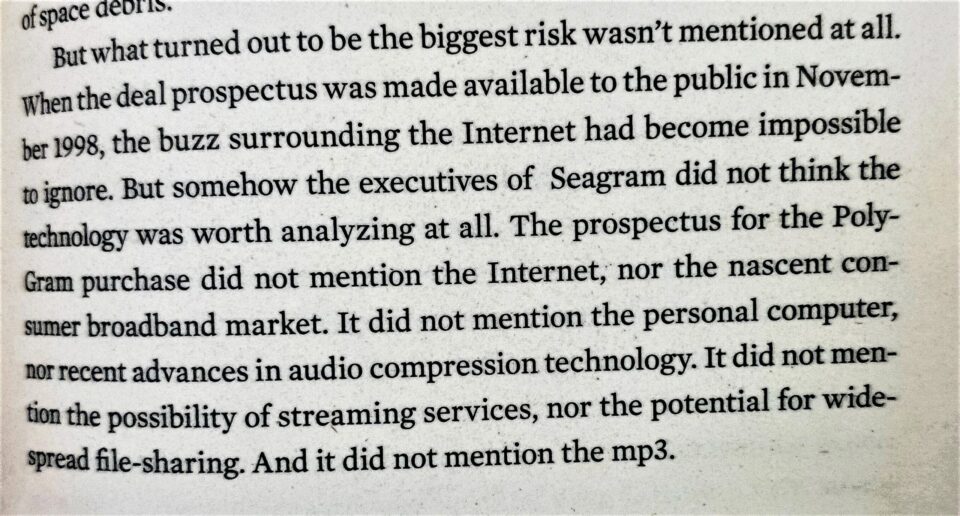 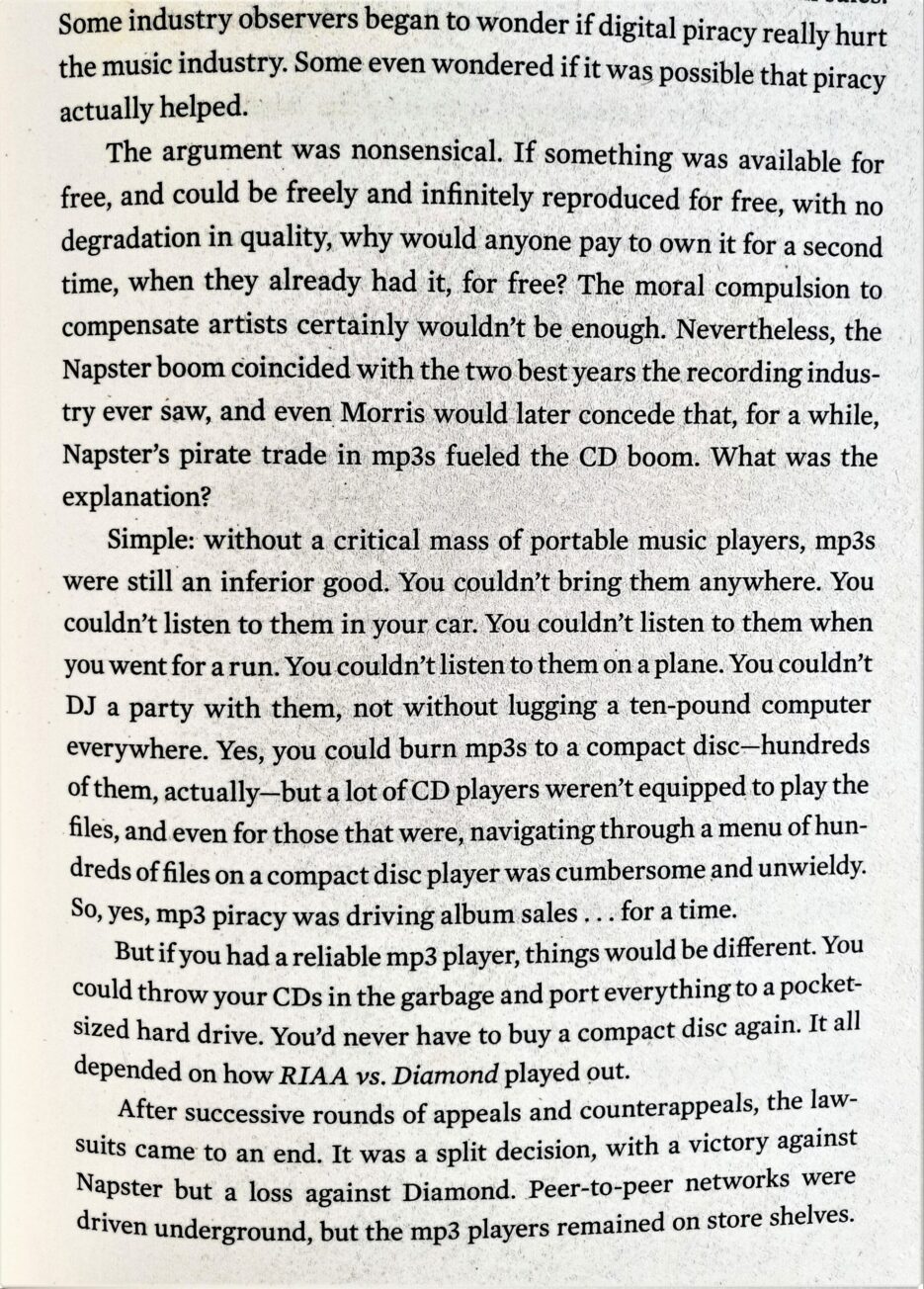 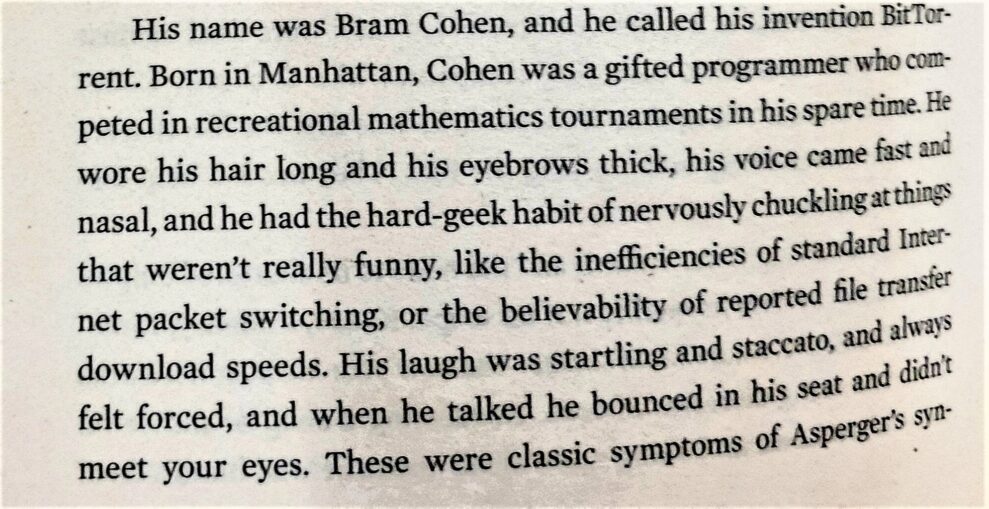 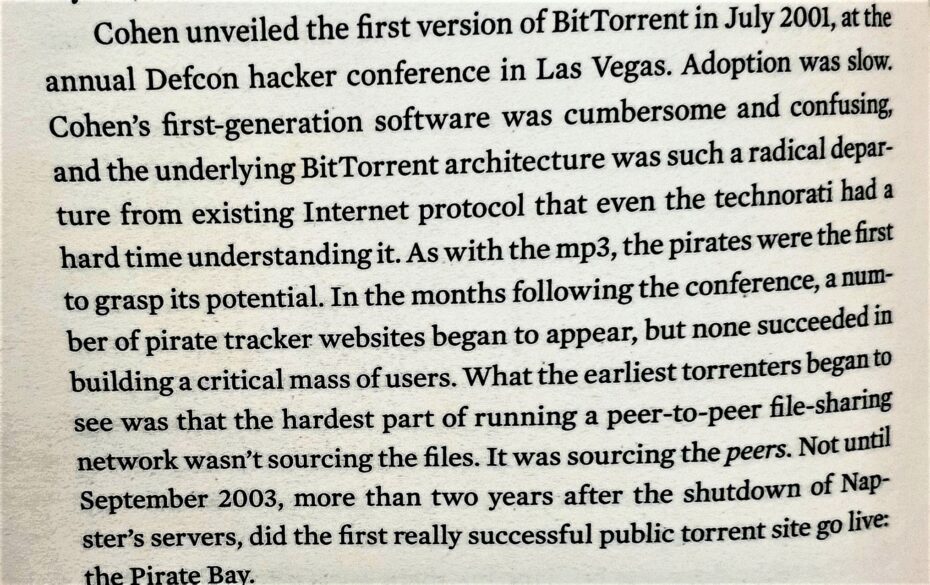 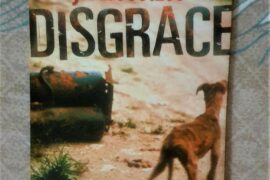 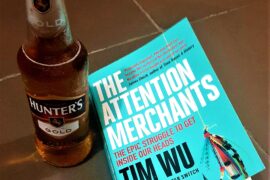 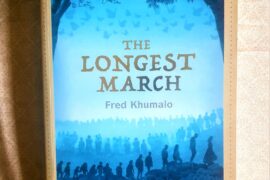