Two years ago, while the Brexit debacle was still in full swing I sought a bough that went beyond the headlines and the outrage of the progressive left who were bewildered at the audacity of Brexiters. Goodhart’s Road To Somewhere was my pick. I enjoyed it and found it quite explorative but I felt it was a little too apologetic to the right and wanted something more central. Weeks after reading it, I bought WTF but was unable to read it as I am usually restricted to the TBR I pick out at the end of every preceding year (this has been the order of things for only the past two years). WTF was added to the TBR list for 202 and here I am now.

Reading WTF with an unbiased mind was the best approach to this book. I recently found out that the author as a well known political/economic journalist is a relatively divisive figure with the UK audience – some like his view and others dislike the same strongly. As it is with most humans in the current clime, bias is unacknowledged and objectivity is a very odd trait. I had no such problem, hence I was able to approach the book on its own terms.

The premise of the book is not particularly novel. It goes beyond the headlines to question why a majority (albeit a slim majority) of the British voters chose to cut off their noses in a bit to spite their faces by voting for Brexit. In WTF, Robert Peston surmises that this had been coming for decades but the influential and affluent in leafy suburbs of the major cities turned deaf ears. Irrespective of the corny and attention-seeking title, WTF is a very readable and thought-provoking book. The book can be divided into three broad sections; What has happened, Why did it happen and possible solutions. The first describes in detail how the campaigns of both Leave and Remain were waged. Reading the book almost three years after it was written and four years after the Brexit referendum, this part of the book surely feels dated and stale. Much more, I am less interested in British politics than I was two years ago (I am actually less interested in politics of all sorts). The second and third parts of the book are where the real juice is. As much as the book is obviously British-centric, the issues in the last two sections are universal as the disenchantment and frustration of the average Brexit voter is no different from the complaint of the disenfranchised in any other part of the globe. The context may differ but the overarching topics are the same.

While the affluent like to venerate globalisation, its benefit has not been evenly spread. There is a growing majority that has been squeezed out of the economic benefits of globalisation. It is all good to harp on the social benefit of migration but for some, the social benefits are irrelevant when it has meant economic deprivation. One of the hallmarks of a progressive society is that it provides opportunities for everyone to prosper and enjoy the good things in life while making sure that those lacking the advantages that the systems bring are not put in harm’s way.  This is at the centre of the pivotal agitations of the disenfranchised who are wrongly lashing out against immigration, globalisation and a political elite that seems deaf to their complaints. While there are bigots among the disenfranchised, painting them all with that brush and dismissing them condescendingly while social mobility and stagnation of wages is a reality is not a very wise move.

WTF is not just an exploration of how things got bad but there are valid suggestions of how the future can be improved. Again, while they are British-centric, the suggestions have a global feel to them as Brexit is merely a local symptom of a global problem. Whether reduced or not, immigration is a genie that has gotten out of the bottle. Addressing why disapproval of migration is almost proportional to the lower economic classes might prevent opportunistic populist political leaders from using the disapproval to gain traction. The educational system needs to be completely overhauled to equip learners for a world where they are not only competing with global peers but provide skills that robots and automation will not replace in the near future. In the workplace, there needs to be more creative redistribution of the gains of globalisation. Not every cry of inequality is a call for socialism/communism. Finally, something has to be done about the electoral process. There is an all-time high disdain for the political class and the electoral system. As democracy has continued to forge a close union with globalisation and liberal economy, those who have been disenfranchised by the latter feel equally deprived by the former. As big businesses continue to expand the reach of technology in electoral processes, it must not be at the detriment of the voices of the electorate.

While slightly out-dated for obvious reasons, WTF is a very decent and thought-provoking exploration of how the British polity arrived at Brexit and has a few valid pointers to how the division it has sown could be salvaged and the unheard given a voice that does not always become destructive. It is a good read. 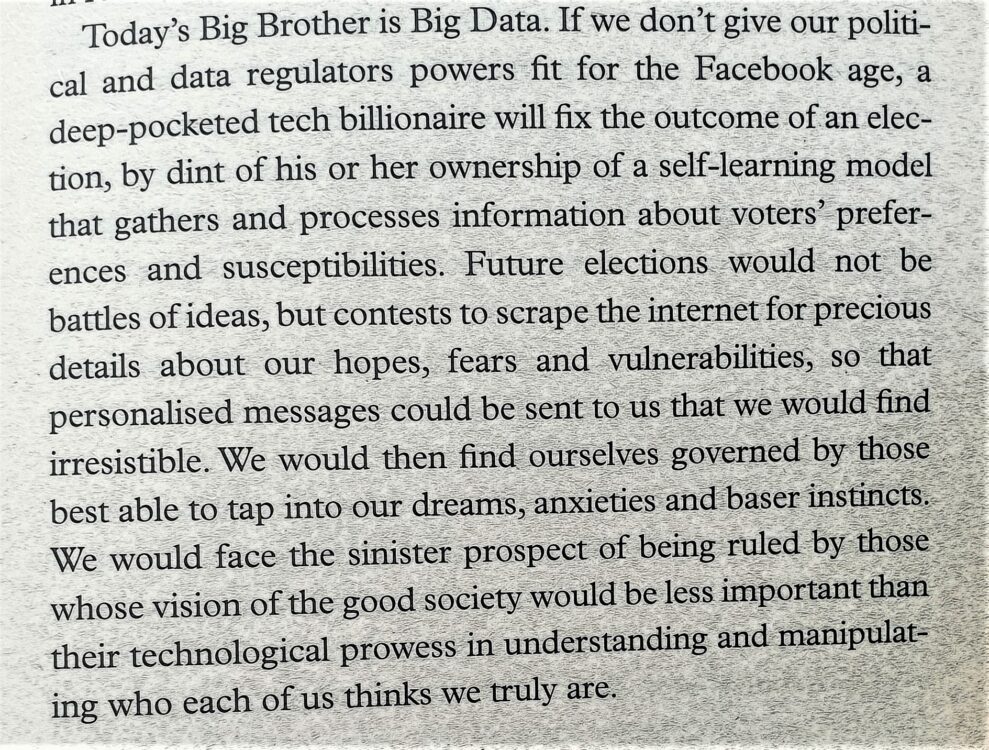 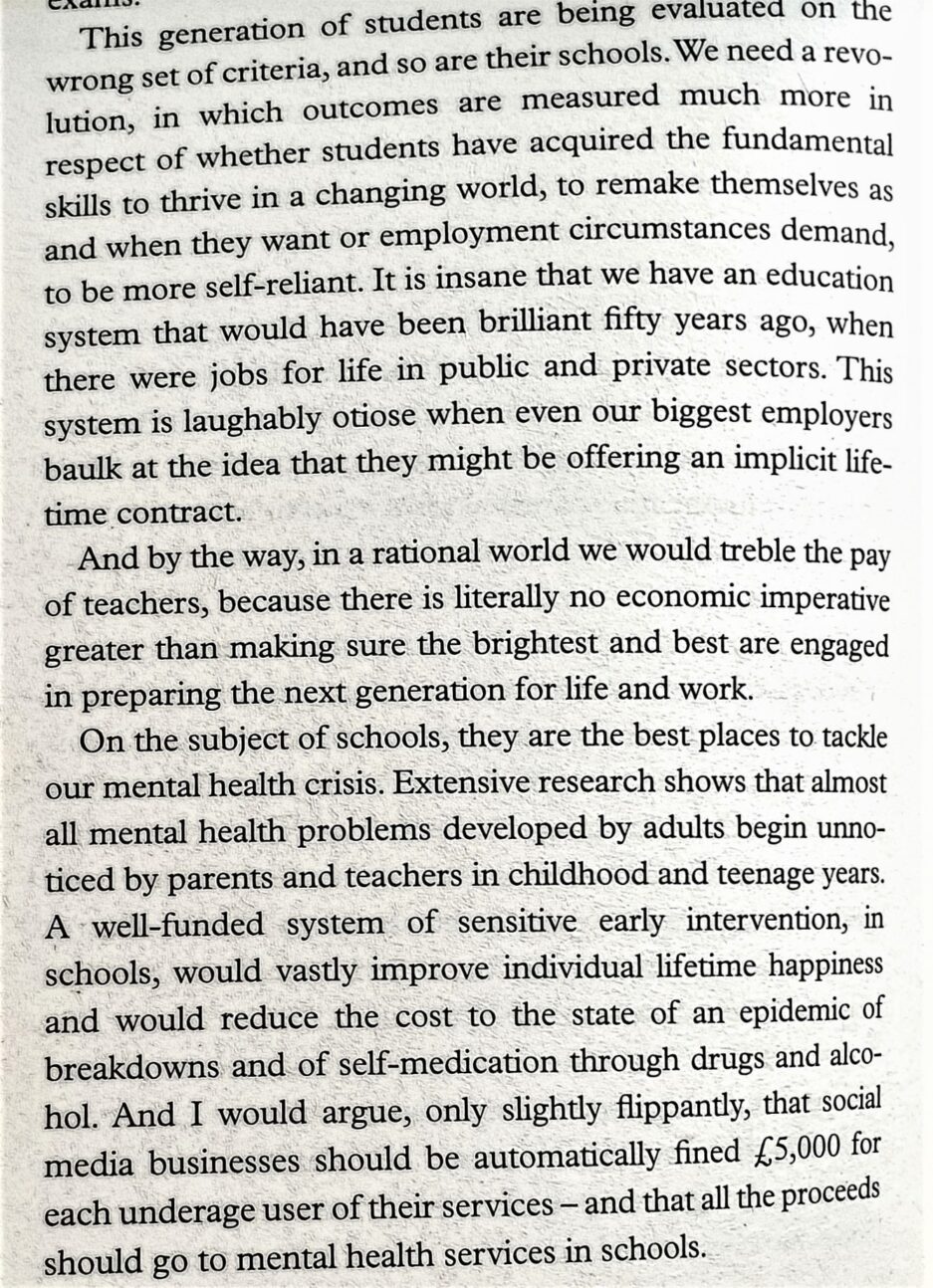 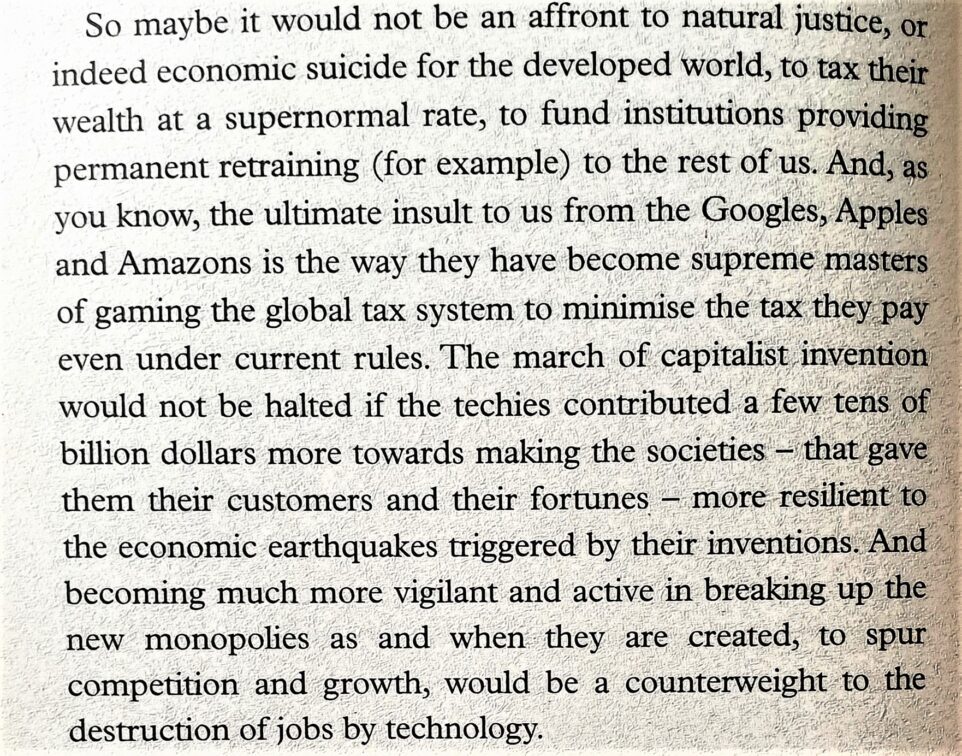 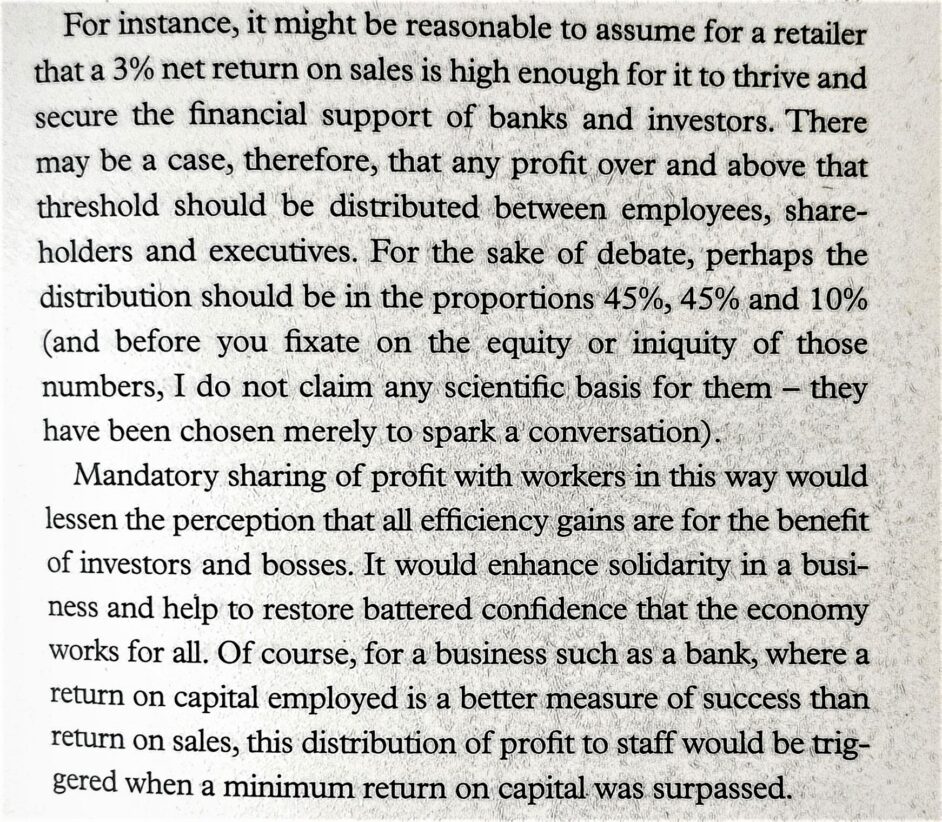 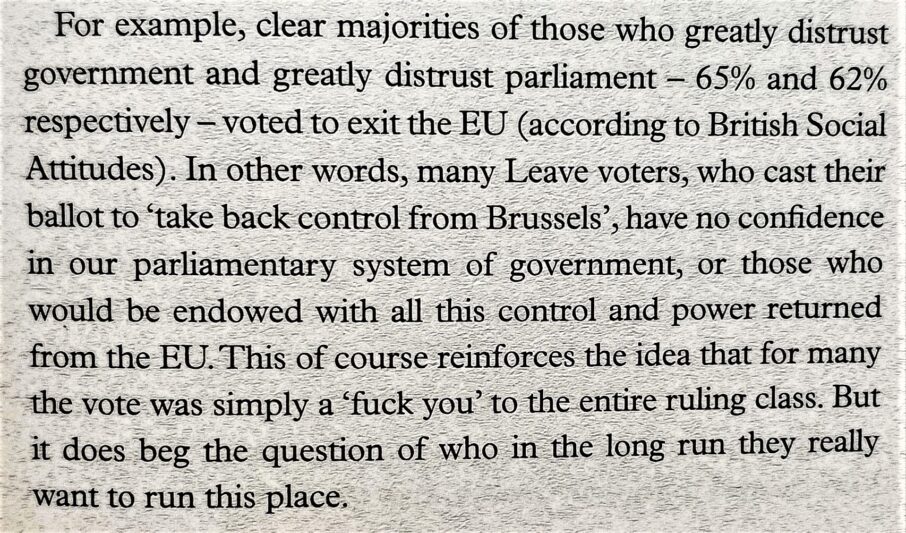 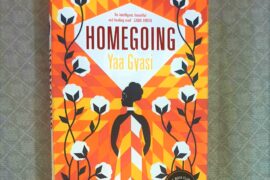 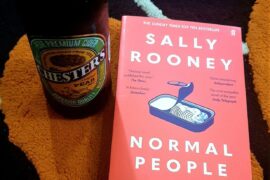 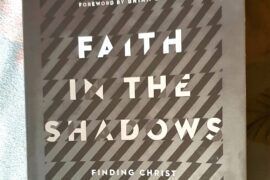 29. Faith In The Shadows