Normal People is a highly praised book that has been marked by critics and fans alike as a future classic and even termed a the benchmark for millennial fiction. Its string of literary awards and shortlists, including The Booker prize Longlist are a testament to its seal of approval by critics. Normal People is a coming of age novel centred around Marianne and Connell. Both are high school classmates in County Sligo. They are high school classmates but that is where the similarities seem to end (both are also high academic achievers). Connell is the popular figure who is the centre of attention in and out of class. Marianne is not only anti-social but highly disliked by her classmates. Typical modern teenage dynamics where looks and clique dynamics determine whether you are part of the fun or the object of fun. The dynamics are further complicated by the fact that Connell’s mother, Lorraine, works as a cleaner in Marianne’s house where she comes in twice a week. This is where the normalcy in Normal People ends.

The crux of the book is the off and on toxic relationship that develops between Marianne and Connell. The relationship is undefined and unfulfilling on both sides. This is a constant theme over the four years period of the book. The dynamics of the relationship alters after a while but the unfulfillment and destructive nature of the relationship abides. At the onset of the relationship while in high school, Connell asks that Marianne keep it a secret between them and she gladly accepts. They meet at home and have sex but pretend not to know each other in school. Connell does not want his reputation as the poster boy in school to be diminished. This is the red flag that is later confirmed when the domestic situation of Marianne is made clear – lots of abuse both physical and emotional, characterize her relationships with her mother, brother and late father. It is a dysfunctional family where love and affirmation are exceedingly scarce.

The tables are turned when they both attend Trinity College in Dublin. Marianne becomes the glamourous one and Connell finds himself feeling out of place in a world where social class is a higher marker than academic ability. Marianne’s glamour sees her become the centre of a circle that explores and enjoys the trappings of the bourgeoisie. The continuation of their still undefined and unfulfilling relationship means that Connell is sucked into this circle and he feels continually isolated due to his lower social class. The endless and futile back and forth nature of their relationship see both getting involved with others while still maintaining their undefined relationship.

There are subtle themes that play out in Normal People. There is a class war going on where the main protagonists and the secondary characters see themselves through the prism of their social class and either feel vague guilt or a sense of rebellion due to it. Marianne is acutely aware of her social privileges that elude the likes of Connell, however, her pontification of the ills of capitalism and the class warfare it enables ring hollow when she ends up writing a scholarship exam she does not need. It is all good pontificating about Franco’s party and the inequality that Lorraine working for her mother generates but she rarely stood her ground when her bourgeoise friends tried to isolate Connell because he did not look the part due to his working-class background. Another issue that plays out within the context of the plot is the effect that emotional abuse within familial relationships have on the love relationships that young ones seek out outside. Marianne was a damaged teenager who kept accepting crumbs and humiliation in relationships mostly because she sought approval and affirmation that could ordinarily be found in the family structure.

Normal People is a very strange book. It has some interesting themes but the writing style and depressing characters combine to make it hard to like and enjoy. I refuse to accept such bleak, joyless and abnormal relationships as the sort that characterised the protagonists is a norm for Millenials. The writing style sucks non-existent life out of the book. The lack of proper punctuation is considered clever by some but tiring by me, the writing is sparse and bare yet an inordinate amount of space is spent describing mundane events and actions that add almost nothing to the plot. Surprisingly, Sally Rooney has an incredible gift for this sort of description that paints vivid pictures in the mind of the reader but the downside is that it is excessive and detrimental to character development. You ended up knowing how Marianne and her friends fetched a bottle of champagne from the kitchen and how she took a mouthful and swirled it in the mouth while knowing almost nothing about her mother or brother, Alan who was a major source of emotional and physical abuse that left her hugely damaged and vulnerable to more damaging relationships. Every character (apart from Lorraine) is unlikeable. So much life is sucked out of the pages by the damaged nature of almost every character in the book. While I was not insistent on a happy ending, I expected some reward for persevering through the uneasy writing style and damaged characters. Sadly, it never got better until the end. Marianne and Connell remained abnormal with no redemption of any sort. The relationship remained chaotic, undefined and unfulfilling. The only saving grace was the myriad themes that were subtly threaded throughout the entire plot. Even those felt forced at times as it was obvious that the author was pushing her Marxists beliefs (nothing wrong there but it could have been more cohesive as a whole).

In all, I struggled to see the hype in Normal People and Sally Rooney’s writing style is not just for me. I have always been wary of hyped novels and I rarely rate awards and the view of critics when buying a book. This is one of those times when my suspicion is confirmed. I really hope this is not what the future of millennial fiction will look like if this ends up as a future classic as some revered critics have stated then something may be wrong. On a different note, those who enjoyed Normal People will feel at home with Disgrace. 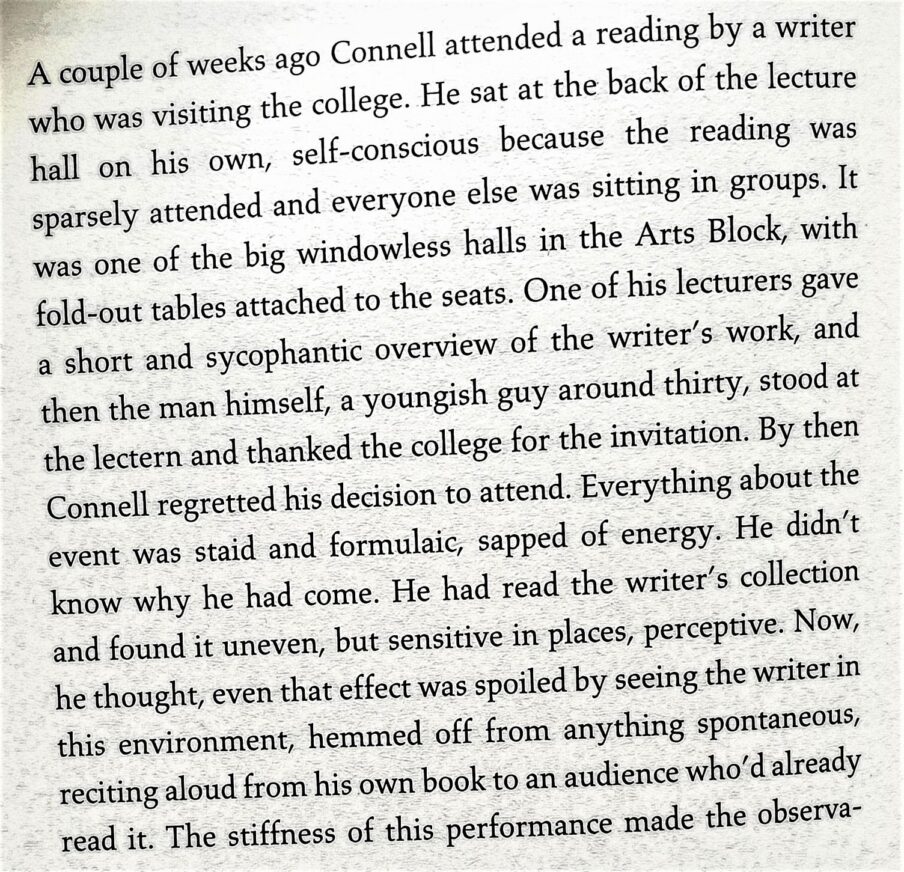 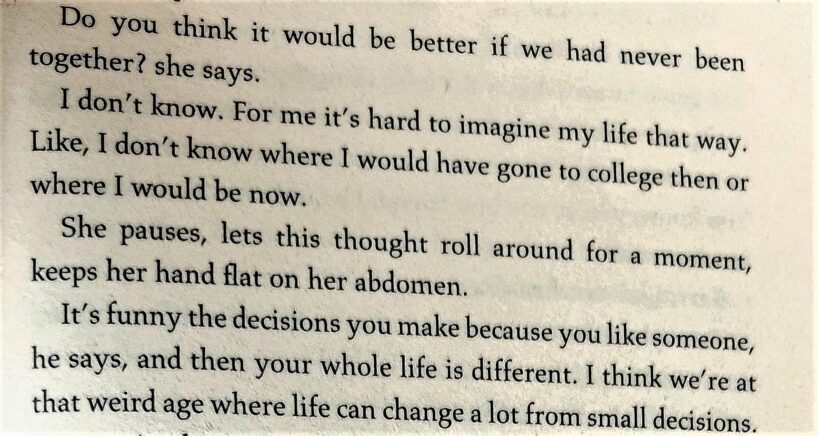 22. The Return of The Prodigal Son

21. The Year of The Runaways