The start of Deacon King Kong is as explosive and straightforward as it can get – 71-year-old Sportcoat in a perpetual state of drunkenness walks to the local plaza of the Causeway housing project, pulls out a gun from his pocket and shoots the 19-year old drug dealer called Deems at point-blank range. There are about 16  eyewitnesses and they are all sure that Sportcoat’s days are numbered, not just because Deem will seek and get revenge but his drug bosses will need to make a statement as a way of assuring their foot soldiers that they will be protected. It is a relatively straightforward plot that after the first two pages you wonder what the author has planned for the rest of the almost 370 pages. That worry is valid when your expectation is that you are about to immerse yourself into a crime fiction novel of some sort. Deacon King Kong is not any of that and your expectations are soon dashed but dashed for something even better. It is a colourful exploration of the multifaceted humanity of the diverse people that make up the poor community called the Causeway housing project.

There are several things that get you worried by the end of the first two chapters; a relatively basic plot, dozens of characters introduced so soon that you wonder how you could remember them as you suspect it would be a struggle to develop the characters enough to create an impression and the fact that a good portion of the narration is done in New York street slang that is often a drag when overdone. At the end of the book, each of those concerns are torn apart and rendered inconsequential simply because you underrated how good a writer and an excellent storyteller that the author James McBride is. The stories of the interrelated lives of the people of Causeway are as colourful as the prose that James McBride employs to tell them. The prose flows and the storytelling sizzles. At the centre of the plot and the lives of the inhabitants of Causeway are Cuffy Jasper “Sportcoat” Lambkin and the Five Ends Church. Everything revolves around these two and as the master storyteller that he is, James McBride spins the world of Causeway around these two with such shimmering prose that neither big nor small narrative elements are neglected. He does this with the right dose of human intelligence, candour, wit and humour. The crooks are not vilified, neither are they glorified. The complexity of humans is in full view.

The coincidences that marred Bruce Moon’s triple attempt to exert revenge on Sportcoat for shooting Bruce’s foot soldier are as laughable as but excellently told as Sportcoat’s irritability and unwillingness to remember the shooting or his unwillingness to recognize his vulnerability to danger afterwards. Without being overwhelmed with the resolution of the crime as would be expected of any book that starts as Deacon King Kong starts, the story is more about the community that lives in the Causeway housing project. Whether it is about the friendship between Sportcoat and his fellow drunk Sausage, the mutual attraction between Potts the police officer and Sister Gee, the budding romantic feelings between Thomas Elefante and the Guvnor’s daughter or even the dashed hopes that Sportcoat had for Deems as he sees him neglect his baseball skills for a stint on the sidewalks as a drug dealer. In all of these, the struggles are universal and the beauty and ugliness of humanity shine through in almost equal measure. The shooting and the Five End church remain backdrops that enable the community of the Causeway housing project to shine through. Highly recommended. 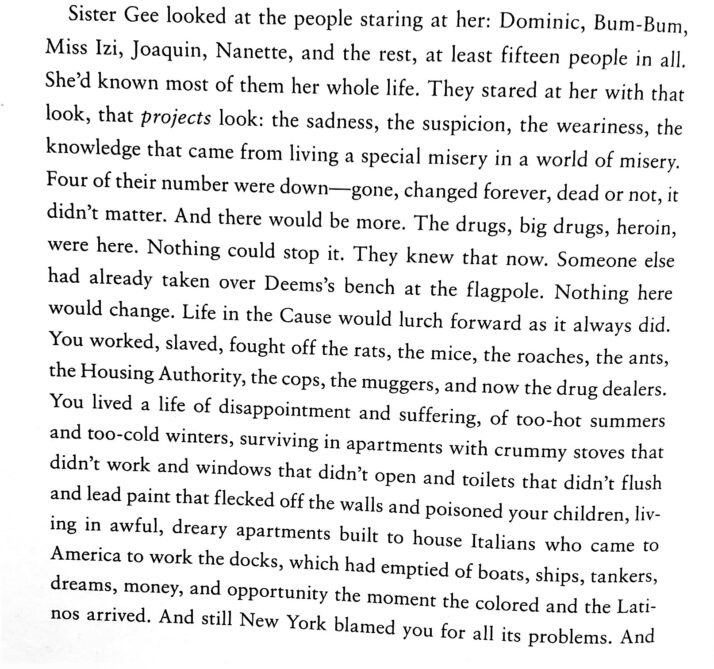 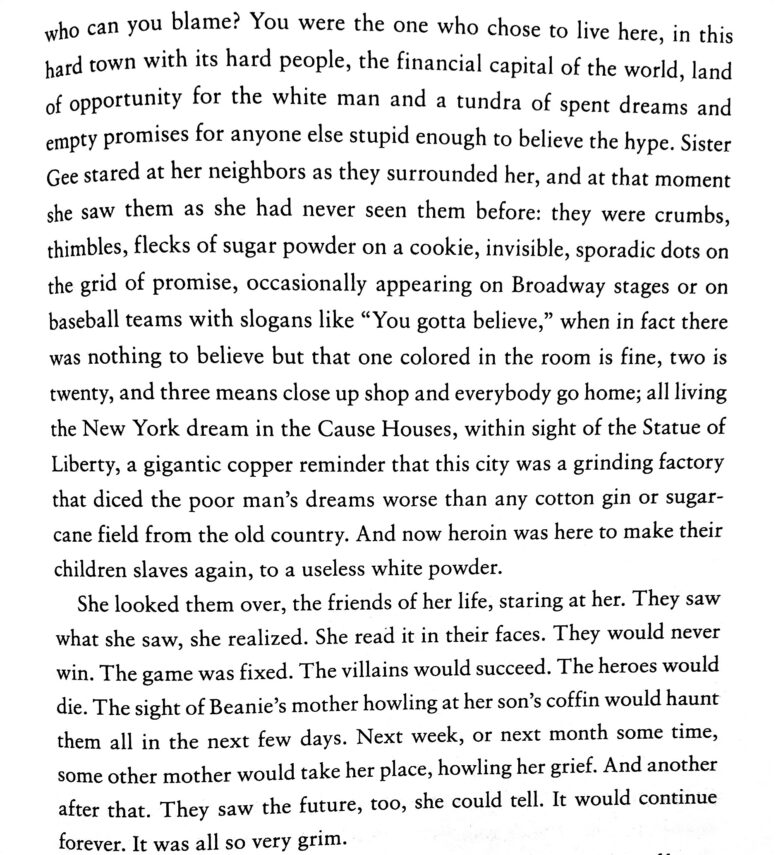 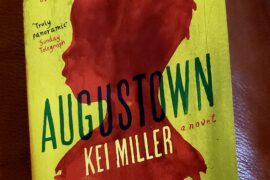 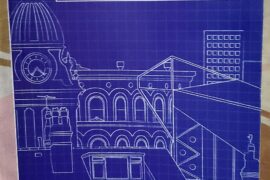 1. The Book of Leeds 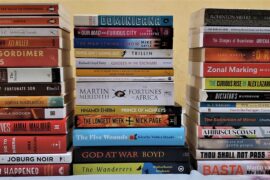