Tahar Ben Jelloun’s The Happy Marriage is an exploration of a marital relationship between a Moroccan couple. It is set during the early 2000s and in France and Morocco. While the title of the book is highly ironic and sarcastic, the book deals with critical issues that are often at the root of most dysfunctional marriages – class issues, infidelity, lack of trust in financial matters, patriarchal double standards and lack of love. All of these and more are present in the marriage between the famed painter and his wife. Beyond the dysfunctionality of the marriage between the protagonists, The Happy Marriage is a study in narration and perspectives.

The painter met his wife in 2000 and they got married in Paris soon after. Being Moroccans seem to be the only shared identity between them. The painter is a famous artist and comes from a rich stock in Fez, Morocco while the wife was born of peasants in rural Morocco and fostered by a French couple who returned back to France from Morocco with her. It might seem inconsequential to some but it is a major factor that shapes the marital relationship between the groom and bride’s extended families. The wife feels unwelcome and the husband struggles to empathise with her over her insecurity in the face of his siblings’ attitude to his wife and her family. As seen from his wife’s view, the disrespect and insecurity that the extended family generated were as hurtful as the painter’s infidelity. The underlying themes in The Happy Marriage are universal and are issues that will wreck any marriage. The unwillingness of either party to be a little more introspective and consider their faults is a true red flag for any marriage. The painter thinks his infidelity is justified. He thinks he has been a good husband and is the victim in his own story. His wife thinks otherwise and manages to sway the reader to her side that her husband is a pretentious westerner who harbours archaic Moroccan view on marriage where different rules apply to both parties. She also thinks her aggression and occasional violence had been justified. As unlikeable as both characters are, their plights are real and very relatable.

As relatable as the content is, The Happy Marriage is a very dry read. At a point, I wondered if the dryness was the fault of the translator or the very plodding prose. The Happy Marriage is divided into two unequal parts. In the first part, which is about three-quarters of the book, the protagonist is the painter. We begin in 2000 and with the couple living in Casablanca and the painter having suffered a massive stroke and is on the road to recovery. This first part is written in a third-person narrative and I found this choice of narration strange and stifling. It made this part of the book read like a news report. In it, the protagonist details his marital life and career while justifying his philandering moves and absolves himself of the failure of his marriage – it is all his wife’s fault. In the second part of the book, his wife takes centre stage and replies to him. She is firm, direct and at the same time haphazard in her defence. She starts by highlighting a major point in her husband’s diatribe – he never mentions her by name. She is Amina and in retaliation, she calls him ”Foulane”, an Arabic word meaning ”any old guy”. While her husband’s story is detailed and extensive, hers is direct and passionate, offering an intimacy that sways the reader’s allegiance. In all, The Happy Marriage is a dry read with universal themes that call for introspection from any reader who is willing to look beyond the fault of others and examine theirs. It takes a huge effort to push through as the prose is generally uninspiring. 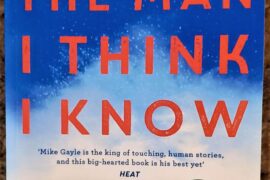 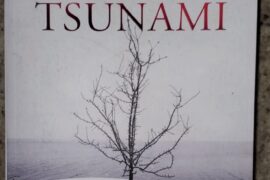 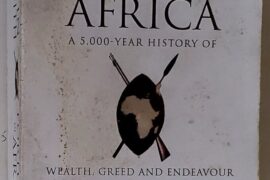