Talk of The Town is Fred Khumalo’s collection of ten short stories. Short stories are not my favourite type of fiction and I am making a conscious effort not to buy any new ones in the next year. However, I have about a dozen of them on the shelves and this is probably the fourth collection in my 20201 TBR. Some have been below average, a few have been average and one has been spectacular. So, in all, it has been a decent year in short stories for me. Talk of The Town is a decent collection that covers varied themes set mostly in South Africa. It opens up with the titled short story – Talk of The Town, a story that explores township life just before the end of apartheid in South Africa. How consumerism defined social status, the pass system that bred absentee fathers (that is still a problem today, long after the pass system became history) and the vibrancy and colourfulness of township life in general. The returning exiles were a constant fixture of the social life of black South Africans soon after the end of apartheid. Their outlandish tales and sense of entitlement were constant features in most social gatherings. The Guz-Magesh character who is the main character in two stories set in the fictitious Ekhaya watering hole is a familiar character to anyone who has a keen eye for South African polity and its social settings. Gladly, the people are becoming less beholden to those who returned from Exile after 1994. Their fallibility has gotten obvious and it has become obvious that their sacrifice does not make them faultless. This much is obvious in The Invisibles, the second of the Guz-Magesh stores.

Xenophobia is a theme that vibrates in this collection. It is a topic that the author, Fred Khumalo has strong opinions about. Having studied in America decades ago and worked for a couple of years at a Nigerian newspaper that unsuccessfully tried to establish in South Africa, he has a good idea of what it takes to be the other person in public and private spaces. He has the experience of being the odd one in the room and having the weight of unjustified stereotypes fall on your shoulders the moment you open your mouth to speak and your accent betrays your nationality. In Beds Are Burning, Nomcebo is analysed and profiled by the street sweepers and they conclude that she is a foreign whore simply on account of her attire. The theme is revisited in my favourite story in the collection – The Phiri, Esquire. Shirley’s suspicion of Phiri is only because of his nationality.

In all,  the stories in this collection are decent and contain some memorable characters. A few of the stories are really good and in all, a decent collection awaits the reader who picks up Talk of The Town. 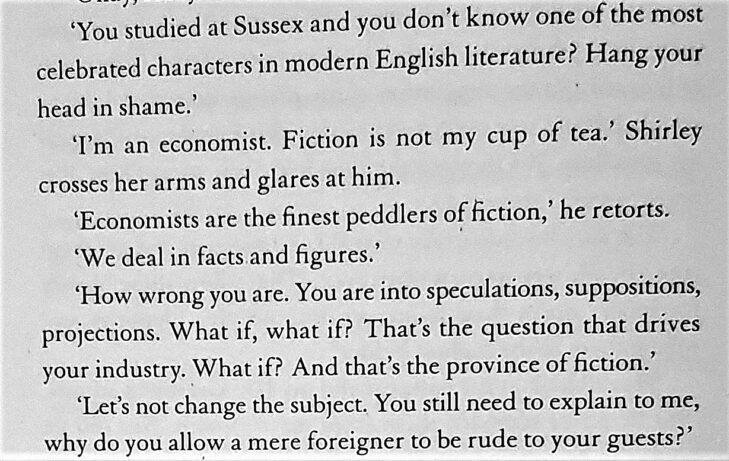