In 1920, Alexander Bedward led thousands of Jamaicans in August Town to a huge landing instead of the ascension to heaven that he had prophesied. In Augustown the story of Bedward is fictionalized very lyrically by Kei Miller. However, this is not a story wholly about Bedward. He is one of the many stories in this intricately structured and delightful novel. All around the fictitious Augustown are hopes been dashed. Persons wanting to escape the limitations of their world, the Babylon system, their class and race induced limitations. Just like Bedward had wanted to break free from gravity and fly away in 1920, Gina (Ms. G) had hope of escaping the limitations of the shantytown called Augustown until the inevitable autoclap arrives. As it was in 1920 for Bedward, so it was for Ms. G in 1982. as Ma Taffy declares with the evidence of age ”It would be no exaggeration to say that every day contains all of history”.

All of the autoclap is triggered by a seemingly innocuous act by an eccentric teacher who shaves off Ma Taffy’s great-grandnephew Kaia’s dreadlocks. An act which is not considered innocuous by the Rastafarian community in Augustown as it is an afront to their faith and another pointer to the fact that freedom eludes the inhabitants of Augustown. In Augustown the myth or reality of  Bedward’s ascension is not as relevant as its import – that Babylon (the colonial system and the enforcers and beneficiaries of the system) refuses to allow the inhabitants of Augustown to fly. They are held down and refused from soaring into their true potentials. A people for whom autoclaps (i.e. impending disasters) seem guaranteed from the start.

Augustown is an odd read in the sense that it is a bleak story structured and told in very lyrical prose. It is obvious to a reader new to his work that Miller is a poet. The sentences resound exceedingly despite the bleak nature of the story. The beauty of Augustown is that it is not too colourful to distract from the import of the story. My only complaint is that some of the characters were relatively redundant and since the story builds to an inevitable crescendo, the irrelevant characters tend to distract from the final destination. In all, Augustown is an important book that reminds us that the ultimate pursuit of every human is to ‘fly away’. An ascension that fulfils individual dreams and aspirations is the true meaning of freedom and people remain bound when they are denied that self-determination. 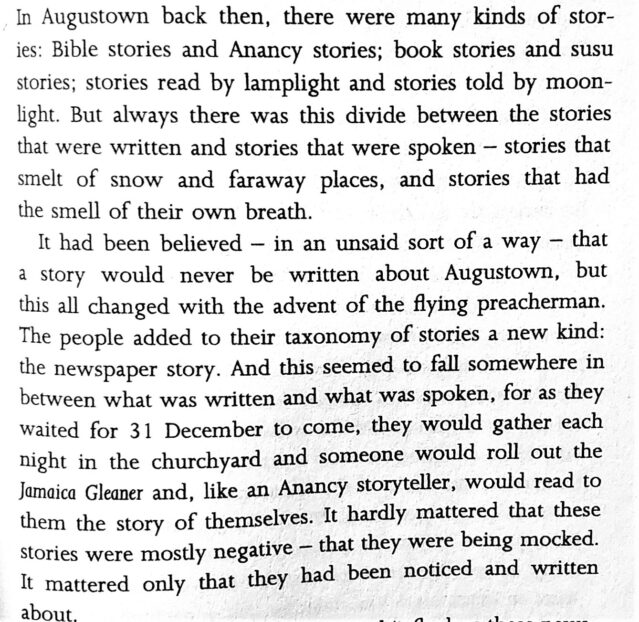 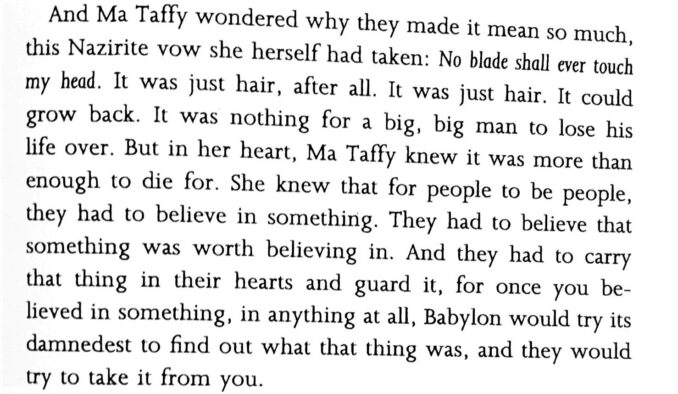 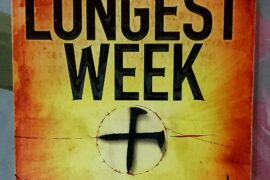