There is really no need highlighting the fact that 2020 was a dystopian year that really happened. A year when fiction was a forerunner to reality. In all of these, as air has been a constant, music has been a constant in my life and has sustained me through these very strange and unusual times. It has been that kind of strange time where I get into the shower and find myself serenaded by a particular sound on repeat for over 30 mins. 2020 has been that kind of year where a particular tune that you have heard numerous times suddenly takes on a new meaning and you get a new vibe and new message you never heard before from the tune.

While it is usual to read Best of 2020 playlists that are comprised of albums that were released in 2020, mine is very different. Just like my reading lists (this and this are very valid examples), my playlists are never current releases. With books, it is very feasible for me to buy a 2021  book weeks after it is published and only read it in 2025. Books never expire and the reading experience is not diminished by its longevity on the shelf. The same experience is noted in my music listening habit – I could be listening to a newly released track one minute and a lived experience makes me nostalgic of an old track that I last heard 5 years ago that was released decades before and I get stuck on that tune for the next two weeks. The tracks (not albums) detailed below are the tunes that enjoyed the heaviest rotation on my playlists in 2020. Either on the Apple music platform, Samsung Music app or even YT music app, they were the constant companions of my life in the year that has just rolled back. I found solace in these sounds. I may never know what these tracks meant to the artistes that wrote and played them but for me, they were the soundtracks of the strange year that was 2020. Some old, some new, the experiences they wrought were those of calm, reassurance and sanity in an insane year.

Sisonke Xonti is a saxophonist that I have long enjoyed his output. Either as a sideman in Mabuta and in the Marcus Wyatt led  ZAR Jazz Orchestra or as a bandleader in his 2017 debut Iyonde. Sinivile is from his 2020 sophomore album. This tune struck a chord because I have rarely heard him speak, much less sing and here the singing is relatively crude and unrefined with backing male vocals. The singing seems bare and not too heavy, allowing enough room for Yonela Mnana’s piano’s playing to blossom and the shimmering harp glissandi to accompany effectively. In this track, Sisonke switches effortlessly from his Soprano to tenor saxophone and the texture of the tune remains unimpacted. The message of the vocals which is one of a student asking his/her teacher to allow him/her to become independent and do things his/her own way is not lost at all. I found myself returning to this track several times and enjoying it at all times.

This is one of those tracks that I can’t even remember how I stumbled on it. All I remember was that I was going through my external drive one boring day and when I saw a video of Zachusa Warriors performing at a gig I attended a while back, I felt nostalgic and decided to find a Malcolm Braff tune to feed the nostalgia of his playing. This was how I stumbled on Song of Wonderful Things and it stuck for weeks and months. I really enjoyed this tune. The percussion play in it makes the whole tune have such an organic touch that has an ethereal feel to it. Malcolm Braff‘s tone is so strong, assured and nonchalant at the same time. I love it.

I am so happy that Ndudozo Makhatini has finally begun to get the global acclaim he deserves. His first release in the Blue Notes Imprint has been on every notable jazz critic’s best list for 2020. Those of us who have been fortunate enough to enjoy his over six previous albums know that the global world is late to the gem of his musical prowess. This is one of my two favourite tracks from his 2020 album and I loved every bit of it. While the music is largely his original sound, there is a lot of echo from the past in it. The McCoy Tyner sound is unmissable – where the piano seats like a foundation and is overlayed by the delicate but diverse sounds of the harp, trumpet and tenor saxophone. The outro is my favourite part of the song as the other instruments fade out and the piano stands alone and leads the way home with a monotonous but poignant sound. During the lockdown, this tune was part of my exercise playlist and it served as a reflective tune during those long walks within my residential estate.

One of those days where I was looking for a sound to fit the mood, I was checking up a few John Coltrane videos and when I saw McCoy Tyner playing in one of those videos, I suddenly remembered this song and decided to revisit it. Luckily, I was on Youtube and the search led me to this live performance of this great tune. It is one of the best 20 mins that I repeatedly had in 2020. Heaven knows how much I contributed to the water crisis in 202 by having endless showers in one go while this tune played on a loop in the YT Music app of my phone and connected to the speaker while I showered. The performance is simply flawless. I cried, I laughed and I danced (luckily no slip in the shower or bathtub). No praise is excessive for this song in general and this particular performance of it. The audience at Montreux Jazz Festival, July 7, 1973, was incredibly blessed.

There was a lot of talk and hype about Ndabo Zulu‘s debut. There had been performances around South Africa and probably CD releases long before global audiences had access via digital platforms. When I finally heard it in 2020, I was stuck on the opening track for weeks. A cacophony of beautiful sounds. I finally found my way to other tracks in the album but this was the tune I played most in this debut. The chant in the final 6 minutes of this 17 minutes track was an experience in itself. I have no idea what Mbuso Khoza was saying but I loved it.

When The World Was One – Matthew Halsall & The Gondwona Orchestra

If I had a song of the year, it would be this tune. I only discovered Matthew Halsall this year. I had dabbled into the London Jazz scene in the past but this year I immersed myself in that scene as I took a keen interest in the works of the young acts who are making the London scene as vibrant as those in New York and my favourite Jozi Jazz scene. The city is brimming with exceptional talents and in a strange year as 2020, their sounds have counterbalanced the craze of this year. I chanced upon this article and Matthew Halsall was mentioned. He was an outlier, as he is based in Manchester. His trumpet is so soothing and apt for the bumpy ride that 2020 was. When The World Was One describes the world before COVID-19. A world where we had enough to look after ourselves and others. A world where we could make plans without the future making a fool of us upon its arrival. The piano intro and the trumpet solo in the middle are so graceful that I was hooked for weeks. Matthew Halsall released a new album towards the end of 2020 but that was not even enough to push this beautiful tune off my playlist. It was a constant soundtrack of mine from when I first heard it in the middle of the year till the very last day of the year.

I probably do not listen to as much gospel music as I should (or as my wife thinks I should) but every now and again, a worship song comes along and sweeps me off my feet for a prolonged period. Afy Douglas‘ Saviour is that song in 2020. I have known Afy as an anointed psalmist with a gift for unencumbered worship. I used to attend a local assembly he was (and probably still is) a part of. I stumbled on this track on Youtube while searching for a Sunday service live stream of a particular local church one Sunday morning. The song gripped me and never let go all year. It was my personal prayer and became an ablution ritual most mornings in the shower. After all, is said and done, we chief goal of man is to worship Him. No other song aided me in doing just that in 2020.

You’ve Got to Have Freedom – Pharoah Sanders

One of the best musical evenings I had in 2020 was the streamed live concert of the Seed Ensemble that held at the Barbican in London in celebration of the 80th birthday of the jazz great Pharoah Sanders. It was a splendid night of music as this very talented London based ensemble did justice to selected tunes of Mr. Sanders over a 90 mins session. As usual, I checked out a few famous tracks of Pharaoh Sanders over the next few days, both the ones he played as a sideman and those he recorded as a bandleader. This one stuck. I was struck by the ferocity of the sound. In a year that has constrained us, this Pharoah Sanders was a timely reminder that freedom is pivotal and that we’ve got to have freedom if we need to progress. 2020 cannot be a new normal as it bounds and liberates us. This is an old liberating sound that resonated with me in the final quarter of 2020.

Sincerely, I was unaware of the album that birthed this track until Guinnevere was nominated for the Grammies toward the end of this year. I then decided to listen to the whole album. As good as the grammy-nominated track is, it is this original track that stuck with me. There is a resilience echoing out of this track. An elegant sturdiness that is exemplified by the trumpet solo which Adjuah plays in it. The track was originally written as a tribute to his mother but it is a fitting celebratory track that lights up a very dark 2020.

Asher Gamedze‘s debut album; Dialectic Soul is one of the best-kept secrets of 2020 in the jazz world. A very organic sound that blew my mind. Hope in Azania was my pick of the very excellent album. As expected, in albums where drummers are the bandleaders, Asher goes on the overdrive with his sticks but it is all for good cause. Hope in Azania is a truly hopeful track that depicts a world after this pandemic world. Beautiful track.

2020 has been a strange year but in music, I have found some solace. Here is to a better year on all sides.

*Featured image is courtesy of https://www.shutterstock.com/ 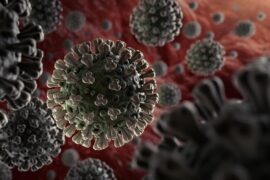 Sounds in the Time of Corona 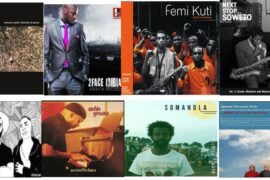 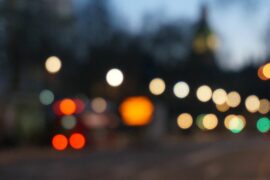