An interesting coincidence is that I read Sue Nyathi’s The Gold Diggers during the same days when I had Bheki Mseleku’s new album, Beyond The Stars, on heavy rotation in my playlist. The common thread that runs between the jazz album and the work of fiction is not immediately obvious but a closer examination makes the similarity evident. Beyond The Stars comprises previously unreleased solo piano compositions that Bheki Mseleku wrote and performed after he returned back to the UK in 2005 after his brief return from Exile to South Africa and releasing his only South African album, the 2003’s Home At Last. He became incredibly disillusioned and unappreciated as opportunities were scarce and he returned back to the UK in 2005. He had built a reputation as a renowned jazz maestro in Europe while in exile for decades, so he had a solid reputation to fall back on when home seemed to appreciate his immense talent.

Listening to Beyond The Stars, I wondered how his idea of him had been altered by the reception he received back home in South Africa that led to him seeking solace for the second time in a foreign land that had become more accepting and how it all crystallized in the sound in that album. The relevance of the above in the light of The Gold Diggers is that the book also examines similar fundamental themes from a completely different angle. The themes of leaving home, achieving hopes and visions in a strange land, dashed expectations, rejection, the perils of migration and what constitutes a home in a world where migration is now a fluid concept.

It all starts in a Toyota Quantum. It is the vehicle where the fate and future of diverse Zimbabwean strangers are united and conveyed as they seek a better future in the land of gold – Johannesburg.  None of them is going for a short visit. None is making a holiday trip. For all of them, they were leaving the home they knew to build a new home in South Africa. Dumisani, wrecked by the ruinous government of Mugabe is hoping to get a good job and get his wife Christine and children to join him. Portia and her son Nkosi were going to join her husband who had migrated earlier but unwilling to send for them. All seven passengers were hopeful of a better life in South Africa hence the migration and the willingness to take the risks that the journey in the Toyota Quantum entailed. In the global world that we live in today (and even in 2008 when The Gold Diggers is set), the concept of home is no longer static. It is fluid and its fluidity is fuelled by not just war and apartheid (as was the case in Bheki Mseleku’s initial exile) but also fuelled by economic collapse, an innate desire for better prospects, escape from domestic violence and longing for fulfilment in family life. The Gold Diggers shows that this longing and need for relocation is not the exclusive preserve of the highly talented and publicly lauded but an option that is also explored by ordinary citizens seeking reunion with their migrant spouses as in the case of Portia, Chamu and Chenai escaping the memory of a damaged childhood and an incestuous father and Dumisani who is seeking a way out of a ruined economy. The intentions are as humane as you can imagine but the journey is more heartbreaking than can be imagined.

It is soul-wrenching that none of the migrants in The Gold Diggers achieved their vision or goal for migrating. In diverse manners, Johannesburg swallowed each of them whole. Ironically, those that migrated to better the economic fortunes of their families lost their families in the process. Those that migrated to escape danger fell into the evil hands of xenophobia and drug addiction. Whatever the past of these migrants, the fact that it was disfigured enough for them to seek solace in a foreign land rendered them permanently vulnerable to the point that the handicap of their past was a marker to their final destiny.

Sue Nyathi’s prose is brutally honest, vivid and uncomplicated. There are no complex layers of meaning in her prose. It is simple and unadorned – easy to read and the pages turn effortlessly. While it may not be my cup of tea, I could not help but notice that the author’s erotic descriptions are expertly done with a ting of mischief. The only minor complaints I had with The Gold Diggers were the thinness of the Gugu narrative and the callousness of all the male characters in the book. They were all evil and seemed to have no redeeming character. The only one who was up to some good died a brutal death in the hands of a xenophobic mob. As for the Gugu narrative, it fizzled out too quickly and felt rushed in the end.

The Gold Diggers is a very good work of fiction that calls for empathy for the migrant community. Much more than that, it questions how much sacrifice is worth the perils of migration. It is a very good read. 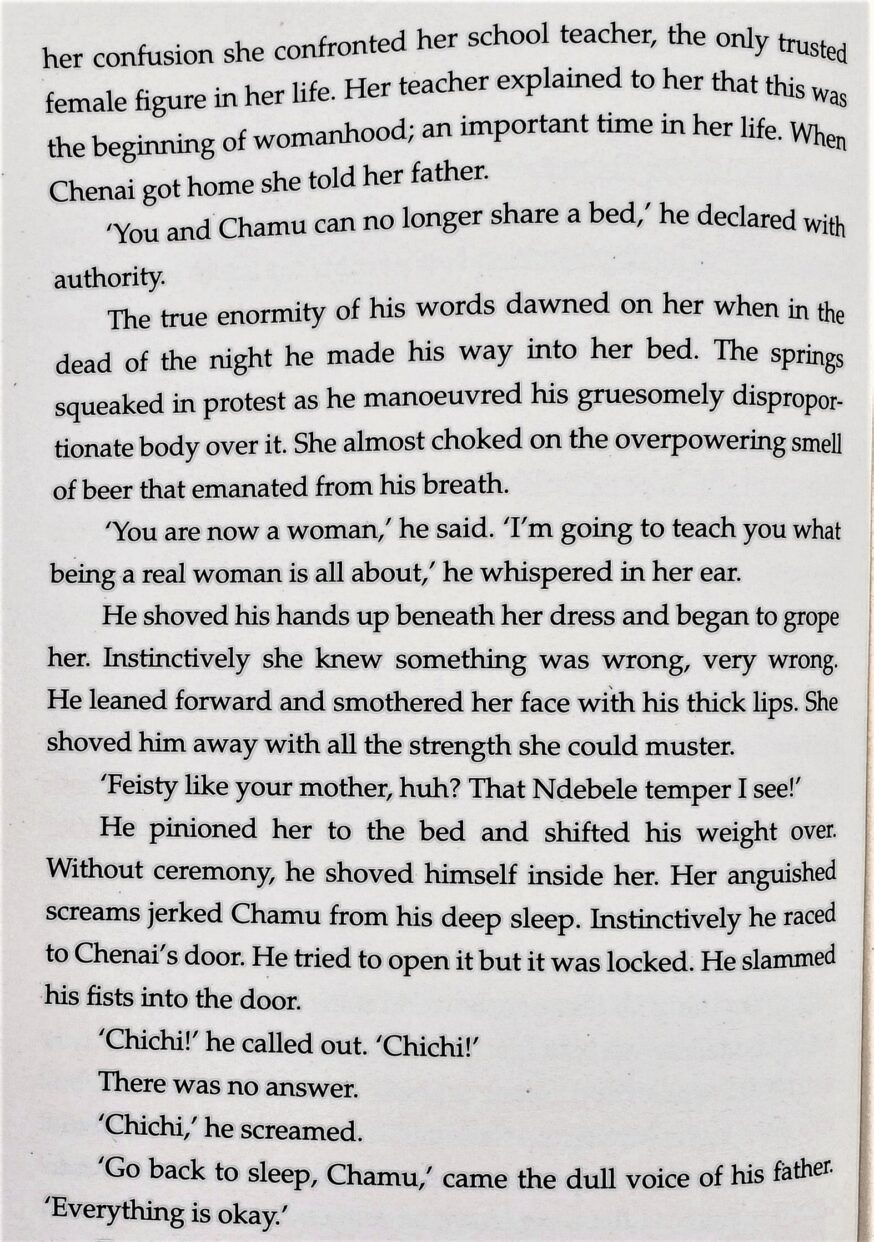 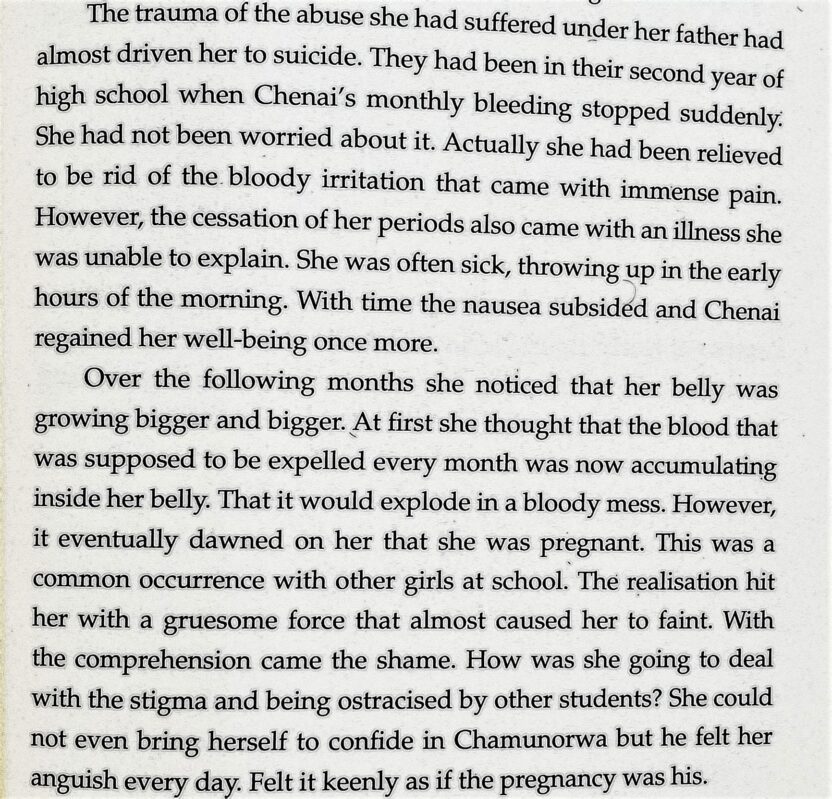 Tales of the Metric System is the second work of fiction written by Imraan Coovadia that I have had the pleasure of reading. A couple of years ago I read the witty, satirical and insightful Green-Eyed Thieves. Coovadia is a writer who makes you work hard for the pleasure you derive from his writing but in the end, the effort is always worth it. Tales of the Metric System is no different. The rather dry title is a subtle play on the notion of change. The title refers to South Africa’s adoption of the metric system of measurement fro the previously used American customary units in 1971.

The changes which the book tracks are the social and political changes of over four decades in South Africa. Coovadia takes an unusual but successful spin on the structure of the book – episodic in nature and comprises of ten interconnected vignettes of South Africa’s history between 1970 and 2010. A fine thread runs through the chapters as themes of non-racialism, the measure of life, responsibility and forgiveness are explored and they all cast long shadows in the stories and characters that surface and recede at different points in the course of the four decades span. Questions are asked and topics are subtly probed with no easy answers in sight.

Imraan Coovadia has a very effective satirical talent in his writing and this is exploited to a great deal in the chapter where Albert Mokoena is hospitalized and finally dies of HIV/AIDS. The amusing poking of AIDS-denialism is thoughtfully done. The chapters each capture a day in the lives of the characters overarched with well-known events and relatable public figures in the background. Tales of the Metric System is a unique but highly effective take on historical fiction. 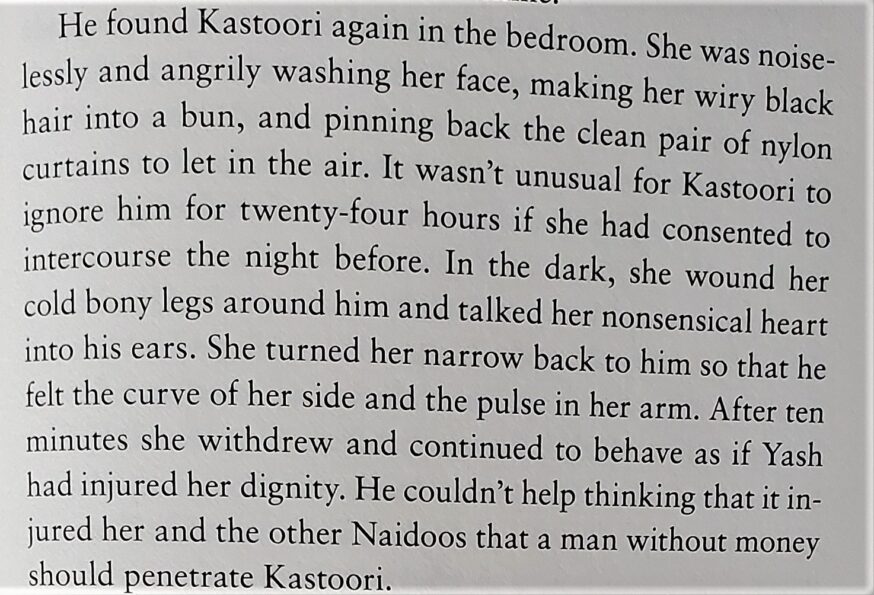 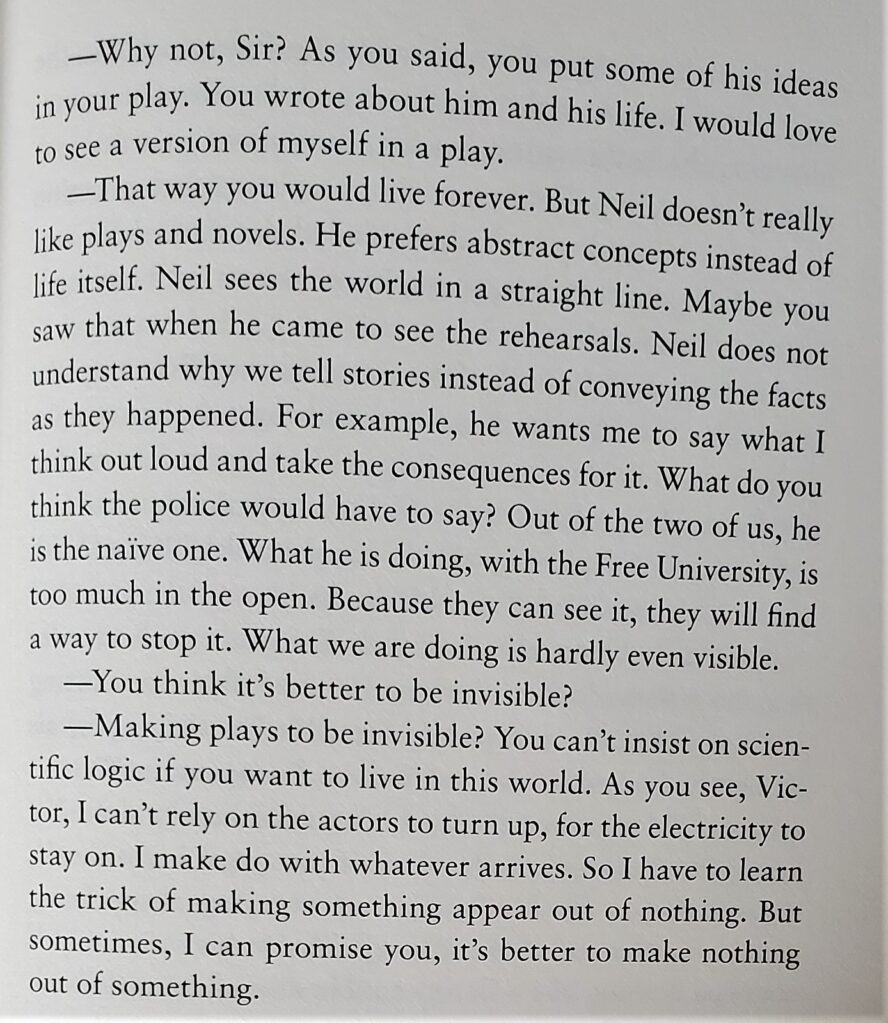 Every now and again you read a book that disappoints you. It has been a while I got as disappointed as I was while reading The Depositions. The disappointment is made worse by the fact that I fought Amazon over this book. The initial copy I

The interesting thing about When Trouble Sleeps is that like its prequel, Easy Motion Tourist, it is such an easy read that I finished it over a weekend. Considering how slow a reader I am, that is a super quick achievement. The action in it is

It was only after I picked up Djinn Patrol on The Purple Line that I’ve got a fair bit of Indian fiction in my TBR list.

In Body – Biblical Spirituality For The Whole Person, Paula Gooder takes a hard and long look at the biblical representation of the body through a Pauline lens. The central themes of the book are that the body is not unspiritual as long as we deduce that spirituality is not the opposite of the physical, that the body is not bad (messy and fragile, yes but not bad) –  pointer to this is the Pauline theology that the resurrection will entail an embodied transformation and that in addition to the above, far from being the villain that some consider, Paul is careful and sophisticated in his language about bodies.

While I would have liked deeper explorations on how we manage the body we currently inhabit here on earth and how we biblically challenge the inadequacies of our frail bodies and less of the philosophical takes on the goodness or inherent evil of the human body. Two aspects I enjoyed most are how Paula analyses how highly Paul rates the body to the extent that he uses it as a metaphor for the church and hope that lies ahead for our frail bodies upon resurrection. An embodied resurrection is a pointer to the fact that our currently frailed bodies will be remedied in the future. I have always enjoyed Paula Gooder’s writings and while this is as well written as the others, I did not enjoy this as well as I hoped. 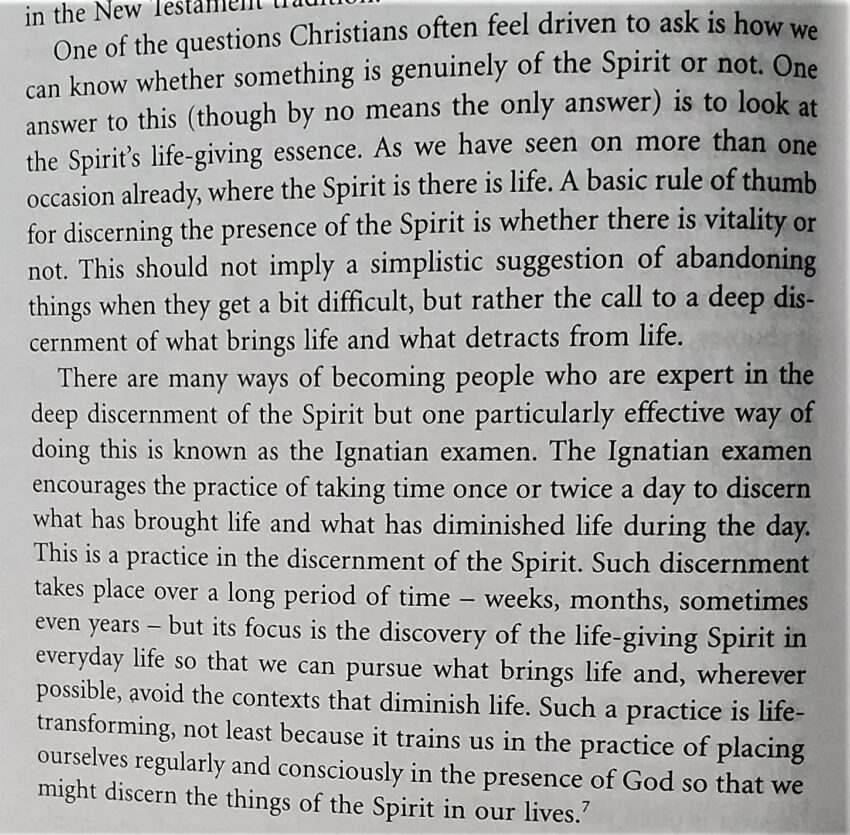 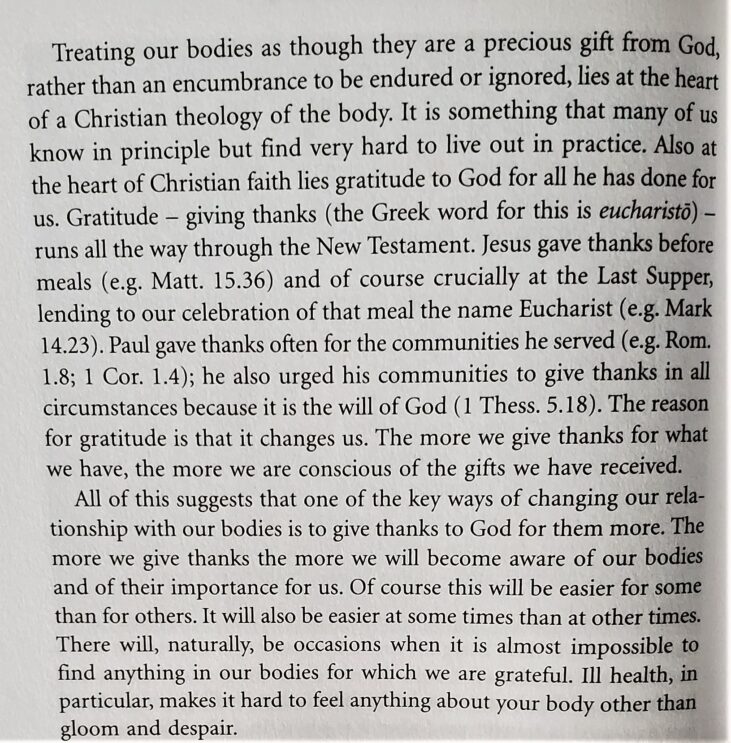 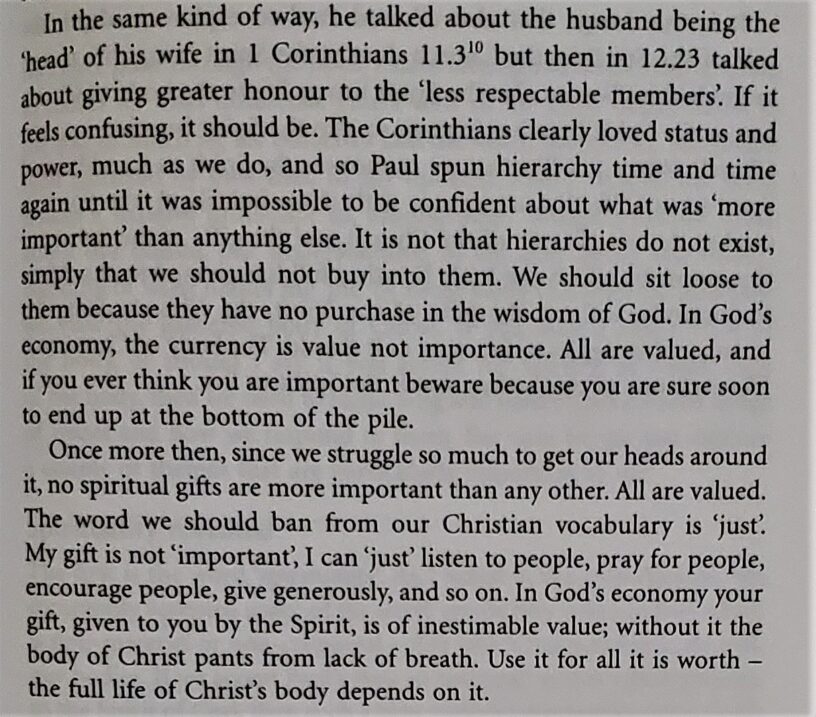 In Choice of Straws, E.R. Braithwaite explores the fundamental themes of race, violence, justice, family and love. All of these are explored through the eyes and voice of Jack Bennett. Jack and his twin brother, David are two young white boys barely

Sulaiman Addonia’s The Consequences of Love was an interesting addition to my bookshelf. I heard a discussion on a podcast where his second novel was being recommended and decided to check reviews online. I searched for one book (Silence is My Mother Tongue) and ended up getting another (The Consequences of Love). The Consequences of Love is a romance novel at the heart of it, and while I rarely read that genre of fictional works, the setting was a pointer that this would not be just a romantic tale between two lovestruck persons.

The first interesting point about Dodgers by Bill Beverly is its genre classification. It is often classed as crime fiction, some have called it a coming-of-age novel, while some have gone as far as classifying it under travel fiction. I am not convinced that it has enough crime to be crime fiction and it is no coming-of-age when the main protagonist is already living an adult life before he is even fifteen. The genre classification is largely irrelevant because Dodgers is a well-told and enjoyable work of fiction.

Ignoring the colourful and sensational title of the book for a moment, An Economist walks into a Brothel is a non-academic take on the critical nature of risks within every day living. The world is not divided into persons who take risks and those